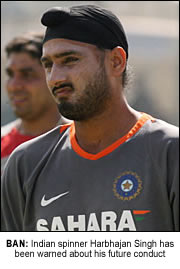 INDIAN spinner Harbhajan Singh has been warned about his future conduct after the Board of Cricket Control India banned him for five one-day internationals for slapping fellow countryman Sreesanth during an Indian Premier League match last month.
The ban rules the player out of India’s tri-series in Bangladesh and the start of the Asian Cup in Pakistan.
The five ODI ban comes on top of the 11 match ban imposed by the IPL following the incident.
Harbhajan was told by the board he risked a possible life ban if he was brought up on charges of misconduct again.
Sreesanth was also sent a letter by the BCCI warning of his future conduct on the pitch.
The letter, written by board secretary Niranjan Shah, stated: “[If] you do not improve your behaviour, the board would be constrained to take appropriate decision.”
A statement released to the press by the BCCI said Harbhajan was punished under Rule 3.2.1 of the BCCI regulations and handed out the maximum punishment under it. “Under this provision, the maximum punishment that can be meted out to a player is ‘a ban up to a maximum of 5 ODIs and / or 3 Test matches’,” a release from the board said.
“The committee accordingly decided to ban Harbhajan Singh for five one-day internationals, starting today and further observed that any further instance of misconduct will invoke a life-ban.”
The slapping incident is not the first time Harbhajan has invoked controversy.
Earlier this year he was cleared of using racially abusive language towards Australia’s Andrew Symonds during India’s tour of the country. 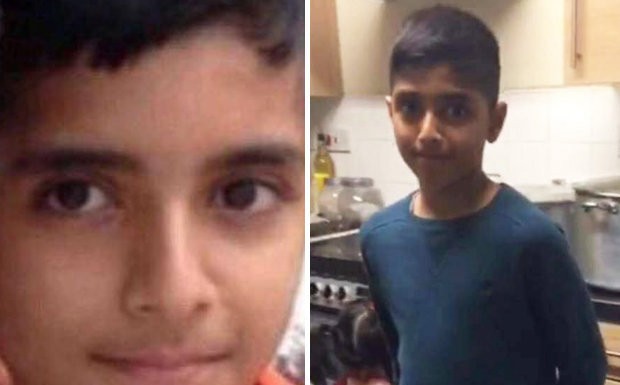 A Child Laid to Rest