Home Events All Aboard the Taj Express 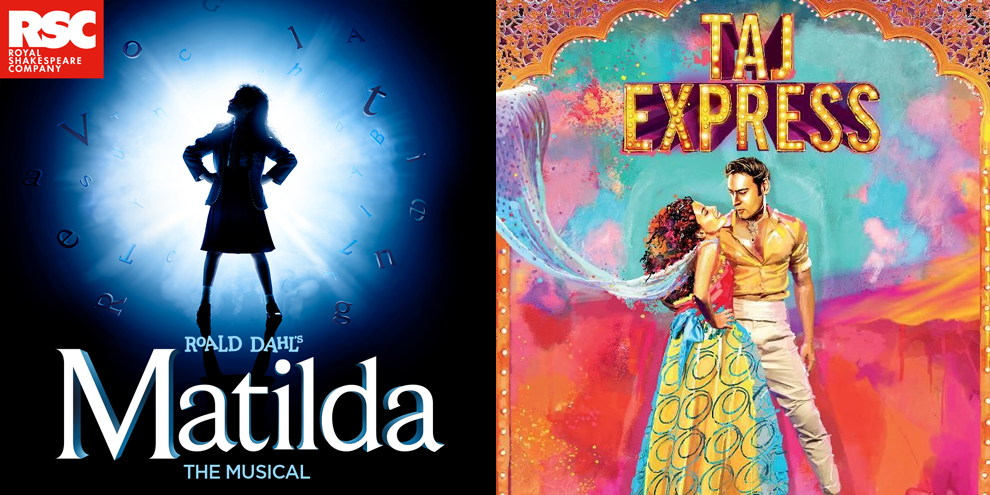 Audiences will be dancing out of Birmingham Hippodrome after they’ve watched the Bollywood musical Taj Express – promises its director and producer Shruti Merchant.

The musical, which features the songs of A R Rahman, composer of the Oscar-winning film Slumdog Millionaire, will be a kaleidoscope of colour, music and dance – all inspired by the megamovie industry of Bollywood.

Shruti worked with her sister Vaibhavi Merchant, one of India’s most prolific choreographers, to create the musical which follows up the success of their previous show The Merchants of Bollywood.

And while Shruti says Taj Express is inspired by the Mumbai-based movie studios, the sisters wanted to give it a new twist.

“It’s not a typical boy meets girl story,” says Shruti. “I didn’t want that typical Bollywood story where the girl comes from Paris or London and she comes to India and she finds this really ruffian boy and he shows her the country and then they fall in love.

“I wanted it to be more real, more contemporary, more Bollywood of today. So we thought, ‘what if we follow the story of a young boy, Shankar, who idolises the great composer Mr A R Rahman?’ That is a great catalyst to get the story moving forwards.”

Vaibhavi and Shruti are at the heart of Bollywood – granddaughters of pioneering choreographer Shri B Hiralal, both sisters have carved out hugely successful careers choreographing songs in Bollywood films, between them working on hits like Hum Dil De Chuke Sanam, Lagaan, Dhoom, as well as Dhoom 2 and Dhoom 3, Jhoom Barabar Jhoom, Bunty Aur Babli, Devdas and Aaja Nachle.

Taj Express takes audiences inside Bollywood as we see Shankar given the opportunity to create the music for a huge film production.

“A lot of Taj Express is based on our experiences with Bollywood,” says Shruti. “When I first started as a choreographer I was very young and I assisted my sister and it was so crazy because they have such crazy work demands and all these last-minute calls.

Shruti remains grateful that her sister Vaibhavi was her guiding light.

“She is a very hard taskmaster and she’s also very brilliant at what she does,” says Shruti. “I was very lucky that I started training with her and I spent seven years working with my sister in Bollywood and now we are still working together.”

And she believes Bollywood has captured the imagination outside India because it successfully blends emotion with entertainment.

“Bollywood is so popular because of the way we capture human emotion – emotions related to love, to family, to the drama of life. That is something that connects people whatever their country.

“Its music and dance has also played a huge role in getting Bollywood so famous across the world. And then it’s the story. Films like Bend It Like Beckham and Slumdog Millionaire show you what it’s really like and they are so endearing. They connect to everyone.”

The sisters know A R Rahman personally so wanted to focus their musical around his hits.

“Using his music and our original music and music by other famous Indian composers means the show sounds great,” says Shruti. “And if the music sounds great then we know we have a good show as music is the first thing which touches the audience.”

First staged in Mumbai in 2011, Taj Express has since been performed in a host of countries and came to London’s Peacock Theatre in 2017.

“I was at the Peacock Theatre four days before my wedding and to be honest I was not as nervous for my wedding as I was for that opening night,” recalls Shruti.

“It is a big thing for a theatre company to bring their show to London. It was nerve-racking but we were 75 per cent sold out before the opening night in London and in the last week there we had entirely sold-out shows.

“I guess that shows that we got something right – the audiences love what we are presenting.”

As the producer, Shruti was keen to bring the show to Birmingham, where she also visited with The Merchants of Bollywood in 2010.

“I know for a fact they will want to dance their way out of the theatre. I have not seen a performance of this show yet where people haven’t wanted to get up and dance.

“It’s a kind of a release to watch Taj Express. They are there with their friends, their families, their husbands, and when they have seen the show they leave extremely happy. They have a ball of a time – it’s entertainment.”

Shruti is also hoping to find time to do a bit of sight-seeing during the Hippodrome dates in September.

“I was in Birmingham with The Merchants of Bollywood about eight years ago. I remember it was freezing so the only thing we did was go to the theatre and back again. But I was a young kid then, in my twenties, and I went to Alton Towers. I remember taking the entire cast with me and going for an adventure day.

“This time we are there for a week so I would like to go again to Alton Towers and hopefully we can take the cast and have a good day.”