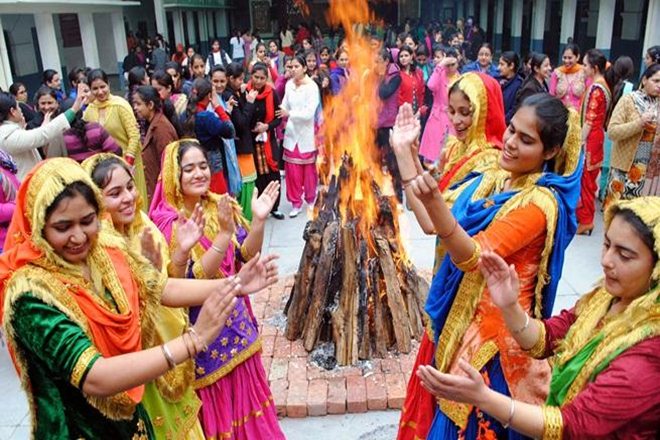 A winter Punjabi folk festival, Lohri is the celebration of the arrival of longer days and is celebrated every year on 13 January.

Lohri is celebrated with a bonfire. The lighting of bonfire during this winter festival is an ancient tradition.

In Punjab, the harvest festival Lohri is marked by eating sheaves of roasted corn from the new harvest.

The January sugarcane harvest is celebrated in the Lohri festival.

Sugarcane products such as gurh and gachak are central to Lohri celebrations, as are nuts which are harvested in January. The other important food item of Lohri is radish which can be harvested between October and January.

In traditional Punjabi families, dinner is served with gajak, sarson da saag and makki di roti on the day of Lohri

A recent marriage or childbirth, Lohri celebrations will reach a higher pitch of excitement. Punjabis usually have private Lohri celebrations, in their houses. Lohri rituals are performed, with the accompaniment of special Lohri songs and delicious food.

Wishing you all a prosperous and joyful #HappyLohri