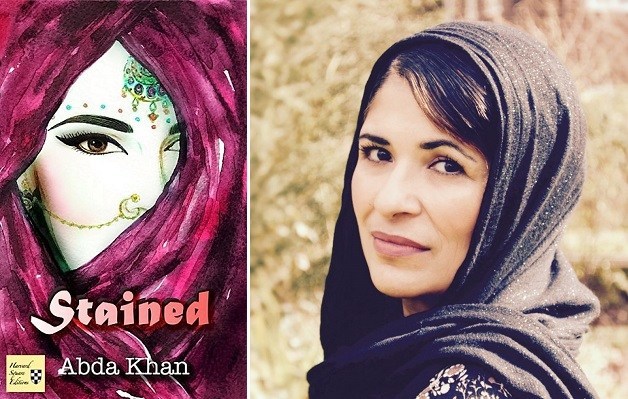 A truly unique project articulating the voices of women who have survived some of life’s most extreme situations premiers at Midlands Arts Centre and Bradford Literature Festival.

Abda Khan, author of the novels Stained and Razia, and British Muslim Woman of the Year 2019, has delivered a series of pioneering creative writing workshops to women who have survived abuse, trauma and incarceration. Women from refuges in Birmingham & Solihull Women’s Aid and Muslim Women in Prison Project in Bradford have participated in the workshops and have been introduced to the art of creative writing, enabling the women to articulate their experiences on paper.

Through these workshops Abda has captured their stories, thoughts and experiences and will present the anonymised work on stage. In partnership with Sampad, the astonishingly powerful and moving writing will be brought to life by experienced actors under the sensitive and careful direction of Trina Haldar. The showcases, produced by Sampad, will be performed at Midlands Arts Centre on 18th June 2018 and Bradford Literature Festival on 30th June 2019. [Details to book below]

The writing covers a whole host of complex issues, including, amongst other things, domestic violence, forced marriage, ‘honour’ abuse, female genital mutilation, child abuse, femicide, homelessness and forced prostitution. The sessions have explored not only these problems, but wider issues such as family, coming of age, identity, culture, religion, love, isolation, separation, loss and hope, all of which have culminated in powerfully moving and highly emotive pieces of poetry and prose.

There will be performances of Sidelines to Centre Stage in community and health settings in Birmingham and Solihull, please contact abdakhan@aol.com for more details.

This project has been funded by Arts Council England and The National Lottery.

Since 1990, Sampad has been a leading cultural organisation helping to establish South Asian arts within mainstream culture in Birmingham and across the U.K.  Through production, promotion, performances, advocacy, education and outreach activity, using the diverse artforms originating from India, Pakistan, Bangladesh and Sri Lanka, Sampad nurtures and supports British Asian arts and communities.  Sampad is kindly supported by Arts Council England and Birmingham City Council.

ABOUT ABDA KHAN
Abda studied in Manchester and graduated with a law degree in 1991. In 1997 Abda moved to Birmingham, where she set up her own law practice in Smethwick.

Aside from her legal work and her writing, Abda undertakes voluntary work; as a Mentor, as a Trustee with Birmingham & Solihull Women’s Aid, and she is also a Lloyds Bank Women of the Future Ambassador. Abda is passionate about women’s rights, and many social issues, especially ‘honour’ based violence, forced marriage, modern day slavery and human trafficking.

Abda has received recognition for her work; a True Honour Award from IKWRO in 2017, and she was Highly Commended as a Finalist in the NatWest Asian Women of Achievement Awards 2017 in the Arts & Culture category.

ABOUT TRINA HALDAR
Artistic Director, Trina created Mashi Theatre to share her passion of her two cultures – of Bengali heritage, she grew up in a Midlands ex-mining community. Trina’s directing credits include productions at Curve, Nottingham Playhouse, Tara Arts, Soho Theatre and Prithvi Theatre, Mumbai. A former RNT’s Step Change participant, Trina is a recipient of the Artist’s International Development Fund and a Clore50 SC Alumni.

Trina is on the board of Theatre-Rites, an award-winning company and leader in the creation of experimental theatre for children.