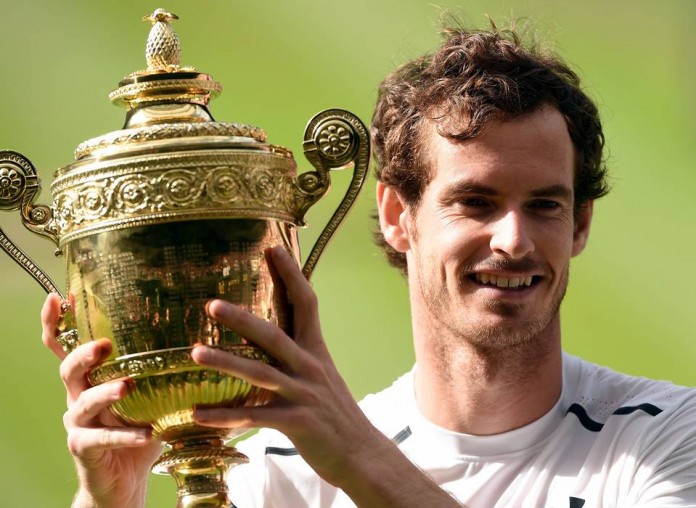 Murray proudly said, “I’m proud to have my hands on the trophy again. This is the most important tournament for me every year, I’ve had some great moments here, but also some tough losses. The win feels extra special because of the tough losses.”

Famous faces at the match included the Duke and Duchess of Cambridge and previous champions Stefan Edberg, Bjorn Bork and Boris Becker.

25-year-old Canadian Raonic was debuting his Grand Slam Final and went into the match with 137 aces under his belt, but he only reached his 138th five games in. Murray however dominated the game, the ultimate backhander set Murray onto a 6-1 lead where he scored a forehand which Raonic was forced to return into the net.

Raonic even praised Murray’s ability to return hits, “He moves incredibly well, he returns well – those are his two biggest strengths, and he’s been playing well. Every time you play him, you know he’s going to get more returns back than anyone else, along with Novak.”

The champion played his 11th Grand Slam Final and was a favourite to win, his previous opponents have included Roger Federer and Novak Djokovic in previous finals.

Up To 800 attended the Funeral of Abdullah Muhammed