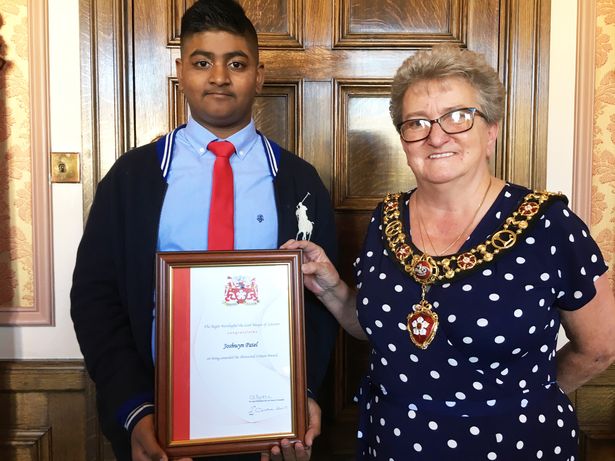 A teenager has been presented with an Honoured Citizen Award Saving after saving his sister and grandparents from a burning house at age 13.

Joshwyn Patel, 13 and his older sister Syonn, 14 were spending a weekend at their grandparents’ home in Belgrave, Leicester on Saturday, August 3 when it suddenly became engulfed in flames.

The, two teenagers were in an upstairs bedroom when Syonn noticed a glowing light from under the door.

Joshwyn risked his life to help his grandfather, Hasmukh, 68 and 69-year-old grandmother, Tara to flee the burning house when they realised the fire was rapidly spreading throughout the Kensington Street house. 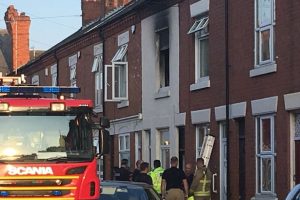 Joshwyn has now been presented with an Honoured Citizen Award for his act of bravery after being nominated by Belgrave Ward councillor, Nita Solanki.

She said: “The outcome could have been very different and I was keen to make sure he got recognised for what he did.”

The award was presented to him by the Lord Mayor, Councillor Annette Byrne on Wednesday, October 2 at Leicester Town Hall.

He was praised for his bravery and for staying so calm during such a dramatic incident.

Lord Mayor, Councillor Annette Byrne said: “To save your sister and your grandparents – that would be hard for anyone but for a 13-year-old that is amazing.”

During the fire, Joshwyn was quick to call the fire service who tackled the flames that had spread throughout the house.

Joshwyn told Leicestershire Live: “My sister told me to ring the fire brigade as soon as possible but my phone wasn’t charged so I had to run downstairs to get the house phone.

“At the start I felt quite scared but I managed to calm myself down so I could get everyone out the house and make sure they were safe.

Joshwyn’s proud parents were relieved that their children were safe. 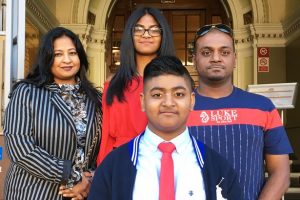 The teenager’s father, Minesh Patel, 42 said: “It’s a credit to both my son and daughter.

“Most children would panic but Joshwyn kept a clear head and even though I would never want my kids in that situation, if he hadn’t have been there my parents would have been trapped.”

Bhavneeta, the teenagers’ mother was on the phone to Syonn at the time of the incident. She said: “My heart was in my throat when my daughter rang me – she was hysterical so I kept her on the phone and drove straight there.

“I am so proud of them for how they dealt with it.”

Leicestershire Fire and Rescue Service has said the cause of the blaze was accidental, due to a naked flame exposed to combustible materials.

Now the family want to urge others to be more vigilant when lighting candles at home.

At times of prayer, Hindus light a small tealight candle called a diva which are often left burning.

Mr Patel said: “Now my mum makes sure she only leaves the diva burning for as long as she needs it. It’s important to make sure that they’re not left unattended.”

Joshwyn’s father also said they have been approached by Leicestershire Fire and Rescue service to “go around to different schools to raise awareness.”