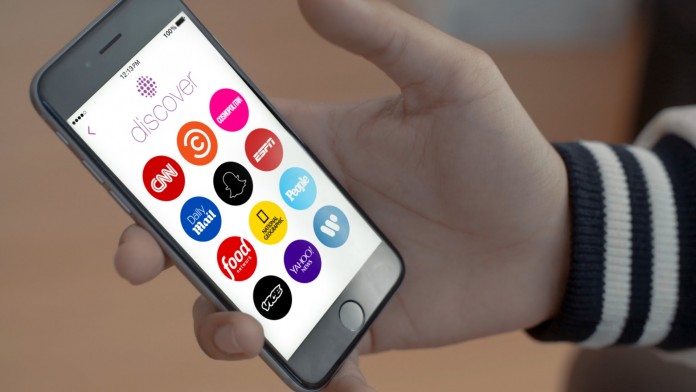 Snapchat used to be a simple app where you took a picture, sent it to a friend and then it disappeared.

However, currently it serves as a messaging app, a video sharing app and a news app. It is also renowned for its face-swapping dog-masking revolution in online communications.

But the question arises and plagues the minds of many of whether it is indecent and are children being put at risk due to the content that is provided on there.

An interesting lawsuit finds itself at the centre of these questions.

The main focus of the lawsuit is on the Discover function of Snapchat, where publishers are falling over themselves to be seen.

Content comes from Daily Mail, Vice, Buzzfeed and many others, exclusively made for Snapchat. Users are exceedingly encouraged to swipe through stories and watch videos from many of the publications.

Explicit stories such as “10 things he thinks when he can’t make you orgasm” from Cosmopolitan magazine is just one example that was given in the lawsuit, among many others.

The complaint argues that Snapchat is constantly pushing content like this without any caution or thought over the age of the user.

The lawsuit, filed by John Doe, a 14-year-old from Los Angeles said: “Millions of parents in the United States today are unaware that Snapchat is curating and publishing this profoundly sexual and offensive content to their children.”

The teenager has been made anonymous by State Law however we know that he has “good grades”.

“We are sorry if people were offended,” a spokesman wrote in an email.

“Our Discover partners have editorial independence, which is something that we support.”

The old publisher/platform debate is familiar territory when it comes to controversy for social networks as it provides them a highly effective defence where users post material that upsets people.

The defence basically says that what publications on Snapchat do it up to them and has nothing to do with Snapchat itself.

However, Ben Meiselas, an attorney with Geragos and Geragos, argues that this shouldn’t be the case here.

“Snapchat’s tentacles are all over this content,” he said.

“The layout, its format, what’s presented on a day-to-day basis – Snapchat is not a passive observer of this content.”

He pointed out the way Snapchat described Discover when it initially launched the feature in January 2015.

“It’s the result of collaboration with world-class leaders in media to build a storytelling format that puts the narrative first,” the company said.

“This is not social media.”

Mr Meiselas argues that it is the collaboration that makes Snapchat responsible.

“When you target minors the way Snapchat does, you have certain obligations to children and parents when you open the door to this exclusive club that’s curated by Snapchat.

“It’s not an attack that could be enjoyed by an adult audience. This isn’t attacking content providers, it’s not attacking the freedom of the press.”

The lawsuit is demanded $50,000 per desecration.

A win for 14-year-old John Doe could make way for several Snapchat users to be compensated. This will come at a huge cost to Snapchat, to both its pocket and reputation, if they lose.