Home Interviews ‘This is an honest novel’ 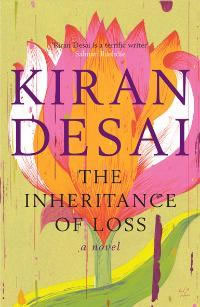 ‘The Inheritance of Loss’ is writer Kiran Desai’s second novel. Since it’s release in the US and India it has become a bestseller with reviewers  describing the novel as ‘extraordinary’, ‘stunning’ and ‘marvellously rich’.
In this short interview with Kiran Desai, we ask the talented writer what her motivations were behind the novel.
The inheritance of loss comes seven years after your debut novel. Was there any reason behind this long gap?
I was writing in a very different way from the way in which I wrote my first book. The writing life just settled very deeply and I couldn’t tell my work apart from my existence. So I suppose I fell into another way of looking at time altogether. It was easy to continue to write on and on. It was the realization that the book would have to be curbed in order for it to work that made me finally stop and begin to cut and edit.
Your debut novel was received very well. Were you particularly nervous about writing a second novel that would live up to your talents as a writer?
It really is impossible to keep up nervousness or self-consciousness for seven years! I was worried that the book wouldn’t work, that it wouldn’t hold together, but I think that will be a worry with each book. One never really knows….
So many themes run throughout the novel. Was it difficult to keep them all running in a way that wouldn’t confuse the reader?
Yes, even I was confused. This book was a monster. The different themes had to be intertwined, the ideas had to work together, the emotional logic had to fit like a puzzle. Then, of course, there was the story itself, the momentum of the book.
Cultural identity is one of the books major themes. Did you draw on your own experiences having been resident in India, America and Britain when formulating your characters?
Certainly I did. I tried to look at my own experience as honestly as possible – which is difficult as I think the very process of immigration demands you live with a certain degree of hypocrisy. There are lies one is forced to tell oneself. I drew on the stories of other people as well, people I know in the immigrant world of New York. Also, on memoirs written by old ICS officials, Indians who had made the journey to study in England long ago.
How do you rate ‘The Inheritance of Loss’ against your debut novel, ‘Hullabaloo in the Guava Orchard’? Do you think it shows your progression as a writer?
I’m not sure how successful this book is, but I’m happier with it. It feels like a more honest effort, not a fake light story that I wrote purely for frivolous reasons. 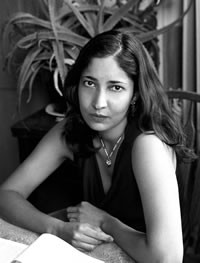 You dedicate the novel to your mother. How much of an influence has she had on your writing?
So much that I can’t tell the beginning or the end of it. We’re very close and sometimes we go on writing vacations, rent a house in a remote and silent place. She’s influenced my writing and my reading taste, of course, but I find that I also work very much in the same manner as she does. I’ve learned how to live as a writer from her. Imperfectly, but I think it’s a long journey.
Do you feel under pressure to be a successful novelist in your own right and not be compared to your mother?
I don’t feel the slightest bit of pressure. We’re too close, I think, for such vocabulary to apply.
What are your thoughts on novel-to-film projects? Would you consider allowing any of your novels to make the jump onto the big screen?
I’d be entirely happy, but nothing has really come by that’s seemed workable.
‘The Inheritance of Loss’ – Kiran Desai, £12.99