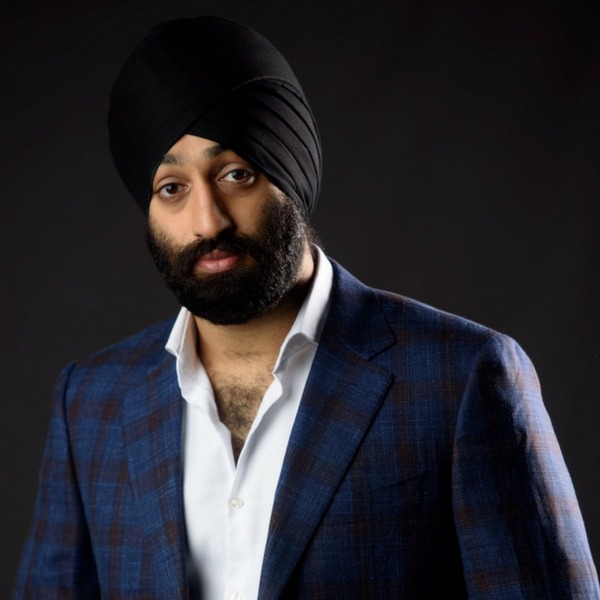 Subaig, thank you for taking time out from your busy schedule and talking to us

1. You have had amazing few years since your 1st song release, how has that made you feel?

It feels great. I am blessed to be doing what I am doing and in a privileged position to follow and pursue my dreams.

2. Would you say you have had an easy ride since you have been in the industry?

Definitely not an easy ride. I entered the industry during a tough time, particularly in the UK, where popularity and support for Bhangra music has waned greatly and music sales have plummeted due to digitisation and downloading.
Also, I don’t come from a musical family or have the support network of a big label or musicians and producers around me so I had to learn everything the hard way, on the job as it were.

3. What have been the lowlights and highlights?

Highlights have been performing at Zee Sandwell Mela, Jazzy B’s Folk and Funky Album launch Party, BACABA Dinner and Dance and UK Bhangra Awards. Winning UK Best Male  Singer two years running at UK Bhangra Awards has also been magnificent. I don’t dwell on the low points, I glance over them and stay positive. I’m too busy with various strands of my life with still training hard, working as an Emergency doctor, making music, enjoying spending time with my family and travelling.

4. As any individual with any artistic talent want to better themselves, how have you done that?

I have invested in learning how to sing and dance and invested in exercising and maintaining a strict diet to keep fit and slim whilst performing. This journey requires constant self reflection and to be honest about your weak areas and try to improve over time. Nothing happens overnight!

5. How do you feel you have changed from your 1st track to now?

My first tracks were more soulful folk songs which were deeply imbibed with Punjabi culture. Over time I have experimented a lot more with different genres and tried to make my stuff more commercial so that it appeals to wider audiences. I certainly know all about how the music industry works as I have been on a steep learning curve!

6. This nicely leads us onto you latest  release WARRIOR, this is totally different from any of you other releases, tell us how this track came to flourish?

We wanted to ride the current trend of hardcore old school hip hop that is all the rage in Punjabi music at the moment but we wanted to give our own take on it and express it in our own way. As a proud Sardar, I had often considered doing a powerful track that would exalt the fighting spirit of Sikh Warriors as that seemed like a perfect topic to match this genre of music. We were very happy with the track and impressed by how powerful and emotive it was. We wanted a big budget video to do justice to a song and topic of this calibre.

7. The video looks outstanding, How did the thought factor and story board come together for the video?

It was entirely the creative genius of Rimpy Prince. We wanted it to be a big action packed video but at the same time, despite being about Sardars, we didn’t want the track to be a religious or patriotic song. We wanted to represent the martial prowess of Sardars through fantasy and fictional story telling so that it would appeal to a wider audience.

8. What was it like working with Rimpy Prince again?

Always a pleasure. You learn so much when you work with the best. You can always rely on them to pull the goods out of the bag.

9. Not forgetting Popsy, he has produced majority of your major hits, what was it like working on Warrior with him?

It was great fun as always. Our previous material was Desi Bhangra. It was a refreshing change to switch genres completely and to do a heavy hip hop style track. Popsy and I are a great partnership and we love working together and giving life to new ideas and concepts. Popsy never fails to deliver!

10. How was the Warrior concept put together?

It was put together by Rimpy and Prince. The story is about a foreign lady reading a book about a heroic warrior that is played by myself. She is reading the story where an army of Sardars are taking out some generic bad guys in true kick ass fashion. In the end I appear magically from the book she is reading and surprise her.  It’s a simple story and the focus is definitely on the performance, the screenplay and cinematography. A special Phantom Camera was brought in especially from Mumbai in order to film the show motion shots. I believe it’s the first time that such a camera has been used in a Punjabi Music Video shoot.

In was shot at film studios in Panchkula and around the Mohali area. Lots of green screen filming was used in the studio as well. It was an amazing atmosphere… like being on a big Hollywood film set. My family are always present at my shoots. On this one, my dad ended up tying turbans on 30 of the actors! He thoroughly enjoyed it though….!

12. Was it hard filming some of the scenes?

Yes there were lots of rain scenes and it was tough being hosed down by freezing cold water again and again. Even harder than that was when we were performing the fire sword stunts. It was very dangerous twirling a sword around covered in a flaming petrol soaked rag and having someone jump over it in wet and slippery conditions. It’s amazing that no one got hurt during the shoot.

13. 2020 is definitely going to be the year for your appearance in the film Taish releasing this year, how did you get the opportunity to work with director Bejoy, what role do you play?

I was put forward by UK Premier PR which is my PR company that also carries out casting for Indian films shot in the UK. They sent my pictures over to Bejoy and he said that this is the guy he wants for the role. It was great fun and a great privilege to work alongside such a celebrated director and to play such a gritty and intense role in a movie. I think that both Bejoy and the other cast members such as Jaswinderpal Bhullar were impressed with me and gave me lots of compliments and encouragement.

14. You are a full-time doctor and a singer, how do you fit your singing career into your busy schedule?

I work as a locum doctor at weekends and during the weekdays I focus on music. I am on the go 24/7, working all hours and trying my very best to make the most of my life and turn my dreams into reality

15. When you are working do you get your fan’s recognising you?

It is inevitable that people will recognise you as I have been releasing for about 4 years now. I always try to work away from areas with high Asian populations as it has happened a few times and I always feel a bit embarrassed and awkward because when I am working as a doctor I’m in a completely different role and project a different persona entirely to that of a singer or a performer.

16. You are doing some collaborations with some major people in the industry, can you share or give our readers some hints?

Yes I don’t want to say too much but there is a big collaboration with Deep Jandu and Karan Aujla coming up very soon and there is plenty more after that as well. I guess you will just have to wait and see what I pull out next. I do like to surprise my fans!

18. When will we be hearing your next release, can you share something about the track with us?

We just got the Censor Certificate for it which I thought could be problematic. That’s all I can give away…you will have to wait and see. You won’t expect it at all… that I can guarantee! 😉