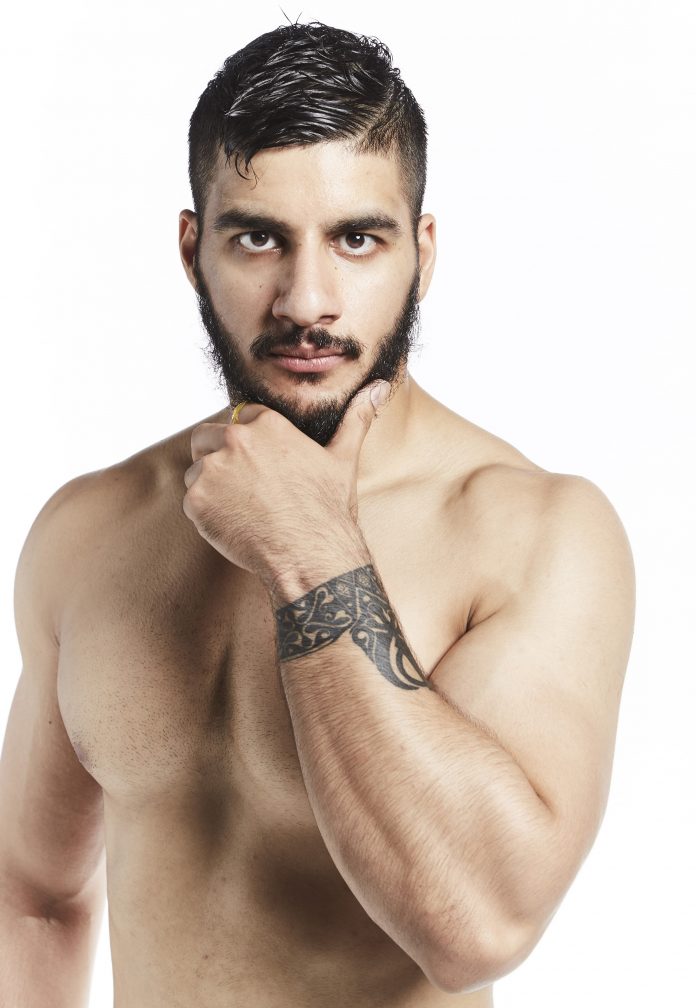 Surj Kumar managed to catch up with a young British Born Punjabi wrestler Tony Cage, who moved to Australia with his parents when he was just 8 years of age. He is now wrestling and residing in Canada, training under former WWE wrestler Lance Storm school of wrestling and is quickly becoming hot property in the wrestling industry. Real name Tony Gurshinder Gill he is as Punjabi as they come, he is now looking to follow in some of the biggest Punjabi names in wrestling such as The Great Khali and now WWE Champion Jinder Mahal

So as you can imagine Surj Kumar put some questions to our young grappler!

Who is your wrestling influence?

My wrestling influence would be Shawn Michaels and Kurt Angle without a doubt. I try to emulate my style with a mix between them both and make it my own.

Did wrestling choose you or vice versa?

I chose wrestling as I have been a fan since the age of 4. My grandad, dad and brother were all into it! Even my sister and mum enjoyed watching it.

“The Cockiest Man Alive” explain how you came up with that slogan?

I was trying to come up with something unique and different so as my singles character progressed I just started calling myself “The Cockiest Man Alive” because I would back it up every time i went through the curtain.

A WWE Diva you’d take out for dinner?

Who would your dream match be with and what type?

My dream match would be against Randy Orton at Wrestlemania. The type would be a regular match because working with him and putting both our skills together, we wouldn’t need anything else.

Classic Indian movies were the best in my opinion so it would be either Border or Devdas.

Will the rise and success of WWE Champion Jinder Mahal open more doors for punjabi’s or has it already?

Absolutely! But not only that, he’s become an inspiration to Punjabis everywhere! Jinder literally went from being released and almost giving up on his career to becoming WWE Champion.

Where do you aim to be in the next 12months?

And finally how would your family and friends describe you?

My family and friends would describe me for being shy (believe it or not haha) and a loyal human being with a anything can happen can do attitude.

Keep up to date on this Punjabi’s wrestling career! We wish you all the success!

Hospital appointment with the PM

Let me make it clear more info on 100 Funny and Sweetest what...