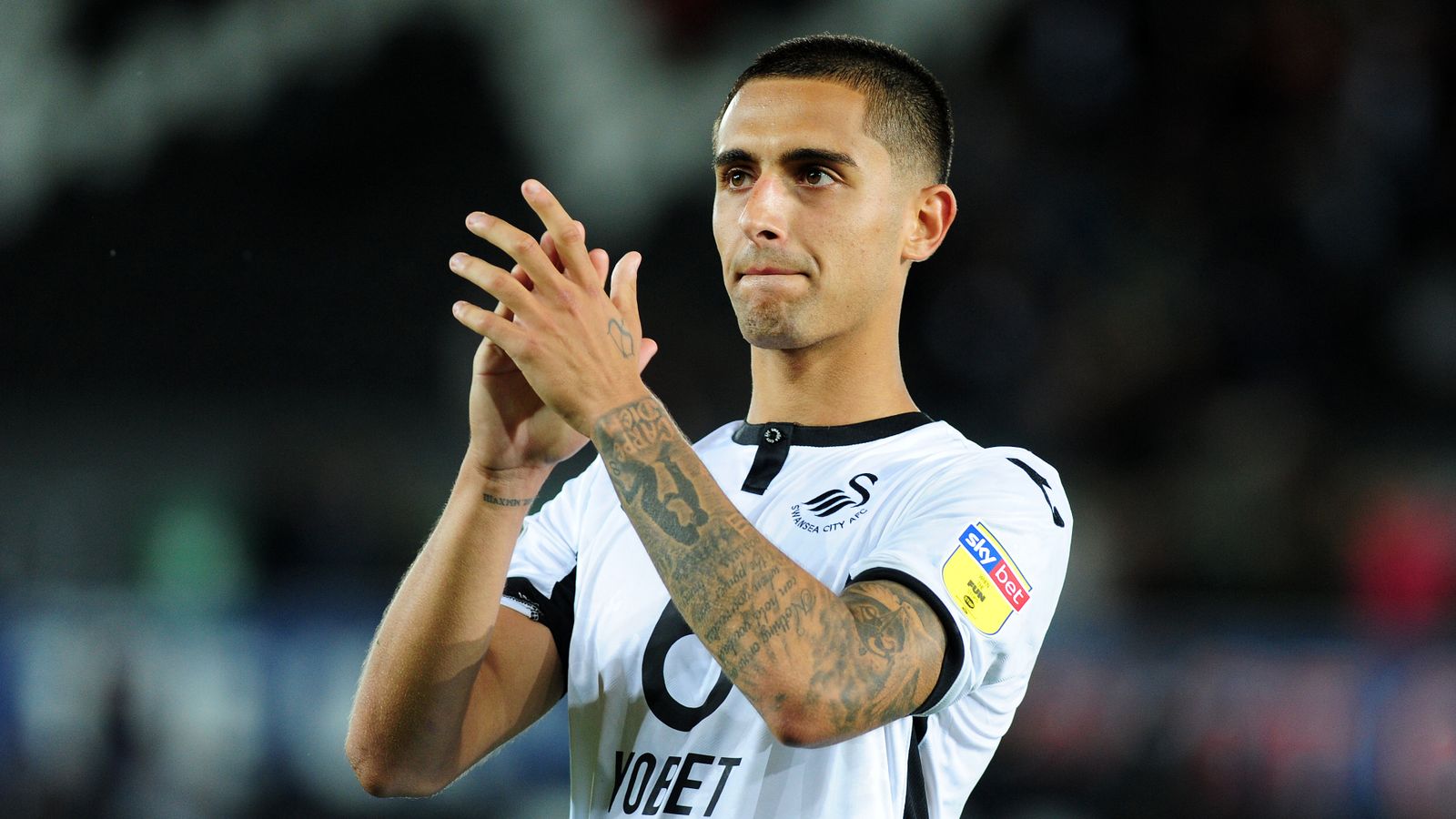 Footballer Yan Dhanda who plays for Swansea says he is proud of his Indian heritage and wants to inspire the next generation of British Asian footballers.

Birmingham-born Dhanda, who has represented England at under-16 and under-17 level, left West Brom’s youth setup to join Liverpool in 2013.

Dhanda moved to Swansea at the beginning of last season in search of senior football.

Like Stoke’s Danny Batth – the only other player of Indian descent in the Sky Bet Championship – Dhanda’s father, Jas, hails from the North Indian state of Punjab, while his mother is English.

Dhanda insists he is not burdened by the weight of community expectation and says trying to become one of the first Indian-origin players to thrive in English football is a huge source of motivation for him.

“I’m super proud to be where I’m from and where my family originate from and I think I’d be stupid not to be,” he told Sky Sports News.

“I’d never hide the fact that I’m Indian or [not celebrate the fact] that there are no other Indian players out there, because I am proud of who I am. I just love playing football and feel my background helps me.”

“I never really thought of myself as a role model because I am still young and I’ve still got a lot to do,” Dhanda added

“But people tell me I’m one of only a few Asian professional footballers in the game – and there are millions of Asian kids – Indian, Pakistani all different kinds of races – that want to be footballers.

“I think, if they look up to me, I [have to] see myself as a role model for them, and I think it’s down to me to give them good advice and do as much as I can to help them.”

But his journey towards a career in the professional game was far from smooth, with Dhanda forced to develop a thick skin in the face of adversity and outright racism as an up-and-coming young footballer.

“I’ve had a bit of racism growing when I was playing youth football,” he said

“I’ve had people say the P-word, or like corner shop this or corner shop that – because people stereotype Asians to have those sort of jobs.

“It has been a problem for me growing up, but it hasn’t really affected me. My dad’s told me since I was young that if you get racism whether it’s in football, or school, or wherever, just let it make you work harder.

“I’ve said it before – it doesn’t really affect me, it just drives me on even more. I’ve been strong enough to see past it and not let it or let anyone get to me.”

Largest UK festival of South Asian culture returns in May 2017

How To Make A Good First Impression On A Date