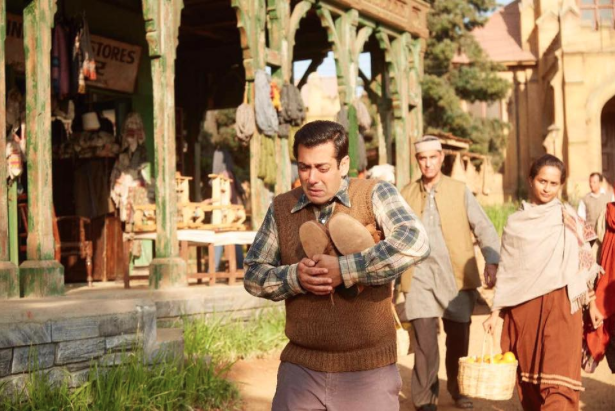 This isn’t the first-time Salman Khan and music legend Rahat Fateh Ali Khan have come together and created magic. They have created several chartbusters including Jag Ghoomeya, Tere Mast Mast Do Nain and Dagabazz Re, songs that audiences have fallen in love with over and over again. Fans are now overjoyed with their reunion in Tubelight.

The song opens with Salman Khan saying goodbye to his brother Sohail Khan, who is leaving to join the army. A grief-stricken Salman is seen pining for his brother in the hope that he will return safe and sound.

The visuals combined with soulful music and the beautiful words will definitely tug at your heartstrings.

Tubelight starring Salman Khan is directed by Kabir Khan and produced by Salma Khan and Salman Khan. The film is slated to release worldwide this Eid on 23rd of June 2017.