Home Desixpress Interview with DJ Swami ahead of the PunjabTronix Tour 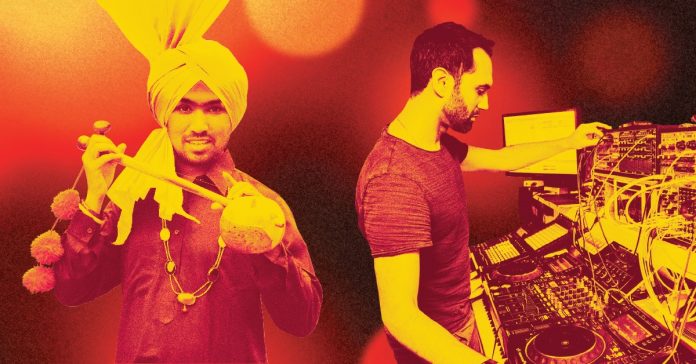 PunjabTronix, a new international collaboration between Mercury nominated British-Indian music producer DJ Swami and traditional Punjabi folk musicians, will tour the UK this July. This is a new project, produced and commissioned by Asian Arts Agency as part of Reimagine India 2017, a cultural exchange programme celebrating the 70th anniversary of the Independence of India in 2017.

It features an exciting new creative collaboration between technology and tradition, as cutting edge live electronica and digital technologies combine with the traditional sounds of the Punjab.

Tell us a little about yourself.

My names DJ Swami and I have a band called Swami. I’m also a record producer with my brother and we’re known as Simon and Diamond and we created Apache Indian and Stereo Nation, we’re the producers and the songwriters behind that. I also have my own project, Swami, which is experimental with electronic music and Punjabi music. I’ve had some big songs like Desi rocks and sugar lust and I’ve also won the best producer award twice and I’ve produced internationally artists, I’ve worked with Run DMC, produced for Shania twain and more.

How did you first get into music?

I first got into music growing up in Birmingham playing rage and mixing it with Punjabi music. Then I got involved in DJing and when I started out DJing I moved to London, playing in clubs like fabric. I was travelling internationally. I’ve always been involved in playing music as a guitar player, producer and DJ. I got involved in lots of different aspects of music.

I’ve always had an idea of mixing two very different elements, one is very British and is part of my upbringing, which is electronic and dance music, using DJ decks and synthesisers and electronic sounds. The other side is my roots end my heritage from Punjab, which is traditional folk instruments like the dhol and serengi.

I started working on it as a concept and it got chosen to represent for Reimagine India, which is the 70th anniversary of India’s independence from England. It’s happening this year and it’s a big festival.  Because of that I went to India and stayed in Punjab recording and working with musicians and developing the sound.

We have a tour coming up in July for PunjabTronix. It’s very representative of being British and Punjabi in 2017.

What’s the process behind your musical fusion?

People look at Indian music and see Bollywood, and maybe Punjabi pop and folk. I’m interested in the folk elements and their rawness and heritage and their energy, which works well with the dance and electronic music. Bringing those together is very exciting and different for me. In India there are many people making pop music but the music I’m making is based on musicians improvising live on stage. Audiences will see musicians bouncing off each other and it is different night to night.

What can audiences expect?

The show will cover some traditional songs and stories but in a new context. There will be new interpretations, a new electronic context, as well as hearing the new progressive desi fusion music that I’m known for. We’ll also have live visuals in time with the music that will following the stories and imagery of the songs. It’s a whole audio and visual experience, it’s not just sitting down at a concert, it’s a cinematic experience as well.

What is the purpose of Reimagine India?

Reimagine India was set up to commission projects which represent the relationship between India and Britain. It reimagines the relationship after 70 years of independence. PunjabTronix was chosen out of hundreds of project to represent it, alongside 12 others. It’s a progressive, forward thinking project showing British contemporary music mixed with the traditions of India that we grew up with. The way I like to describe PunjabTronix is ‘Technology Meets Tradition,’ where my British experience meets my Punjabi roots. 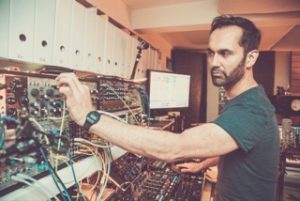 When and where is PunjabTronix touring?

The tour is happening 8-23rd July and we’re visiting London, Bristol, Norwich, Birmingham and other venues up north. People can come and see something different and progressive. It wouldn’t only appeal to Indian audiences too because it fuses the sound with electronic music and other western music. It gives it an openness that makes it accessible for other people.

PunjabTronix will tour in India and America. I’ve also had a new Swami album coming out entitled Upgrade, and there’ll be a new single released, which follows themes of how I view electronic music and Punjabi music. My music is something I don’t hear other people making so it’s something I really want to share with everybody.