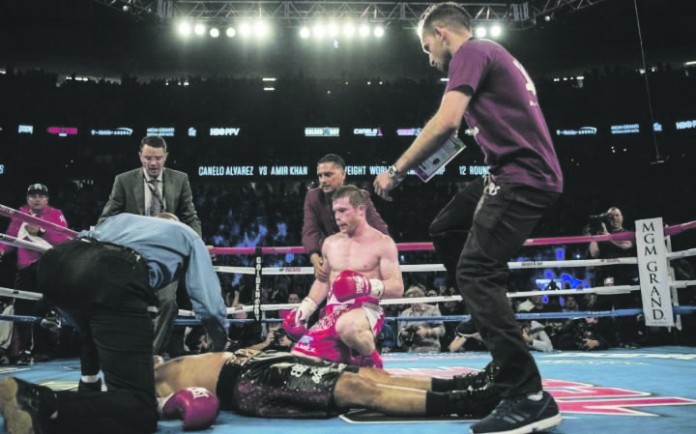 With 30 seconds to go, a single overhand right from Alvarez, was all it took to lay the boxing legend from Bolton flat on his back, sending Khan’s dream of delivering a shocking win, hurtling to the ground with him.

It was a tumultuous end to a fascinating fight that saw Khan defy the bookmakers’ odds early on, as he was clearly ahead on the cards. That was before the devastating blow that cemented Alvarez’s position on top spot.

Khan risked everything moving up almost two weight classes to take on ‘Conelo’ and with a stellar performance in the first four rounds, it appeared the young sports star ran rings around the Mexican favourite, clearly out-boxing him from the onset, but a cut to his right eye in the fifth, signalled the beginning of the end for the light weight favourite.

He had started the fight in a brilliant manner, staying out of range and using his speed and precision to pick ‘Canelo’ off with his trademark rapid combinations.

He aggravated his opponent with several punches, while Alvarez seemed intent on making his signature moves with single high-impact shots.

Even when the Mexican rallied punches, Khan responded with imminent action, a fantastic five-punch barrage in the third suggested speed not power could be the deciding factor.

But it was the fourth round that saw Alvarez step it up, cutting off the ring and realising that he needed more than single shots to succeed, and for the first time in the fight, ‘Conelo’ closed the gap, leaving Khan with little room to manoeuvre.

The decisive sixth round saw Khan miss with his first attack, and was then sent hurtling with a left-right to the ribs.

In a last grappling attempt, Khan dealt back a blow, but as his jab fell short, ‘Canelo’ leaned in a landed a vicious overhand right.

“I didn’t make it to the end, but I tried my best,” said Khan, who also insisted he will return to the welterweight division where he is the mandatory challenger to WBC holder Danny Garcia.

“I want to be the best, and I want to fight the best. That is why I took this fight.”

Alvarez praised Khan’s attempts, but felt that the fight showcased more of his own hidden qualities.

He adds: “He is a fast fighter, and I knew things would be complicated in the beginning, but I knew they would come to my favour as the fight went on,” said Alvarez.

“People have known me only for my power, I have many more qualities in the ring and I showed that. I think people saw more of me tonight.”

‘Conelo’ now goes onto fight Gennady Goloving, who was ring-side on the night, studying his next opponent. 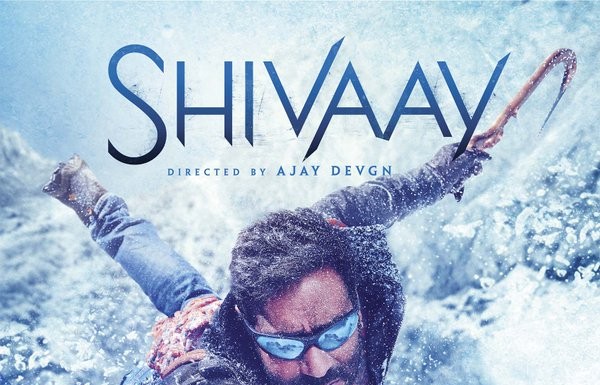 ‘Music is in my Blood’