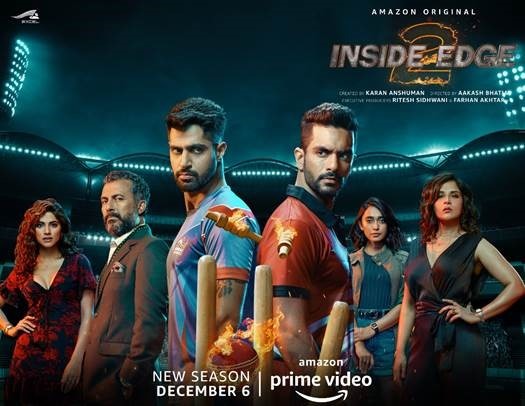 In the next edition of the PPL, a volatile Vayu Raghavan leads the Mumbai Mavericks to face their biggest adversary yet, the Haryana Hurricanes, who are led by a reinvented Arvind Vashisht. But the teams must also counter colossal scandals that’ll rock the world of cricket. In the sport’s upper echelons, Zarina Malik allies with Bhaisaab, but those in the shadows threaten to destroy the very game they seek to control.

Building on the success of its International Emmy nomination last year, Inside Edge is the story of the Mumbai Mavericks, a T20 cricket franchise playing in the PowerPlay League. Set in a landscape of sports, secrets, and scandals where selfishness is a virtue and sex, money, and power are mere means to an end, Inside Edge is a story that pulls no punches, minces no words, and takes no prisoners. Above all, Inside Edge Season 2 is a story of passion, courage, and love. Come witness the game beyond the game.