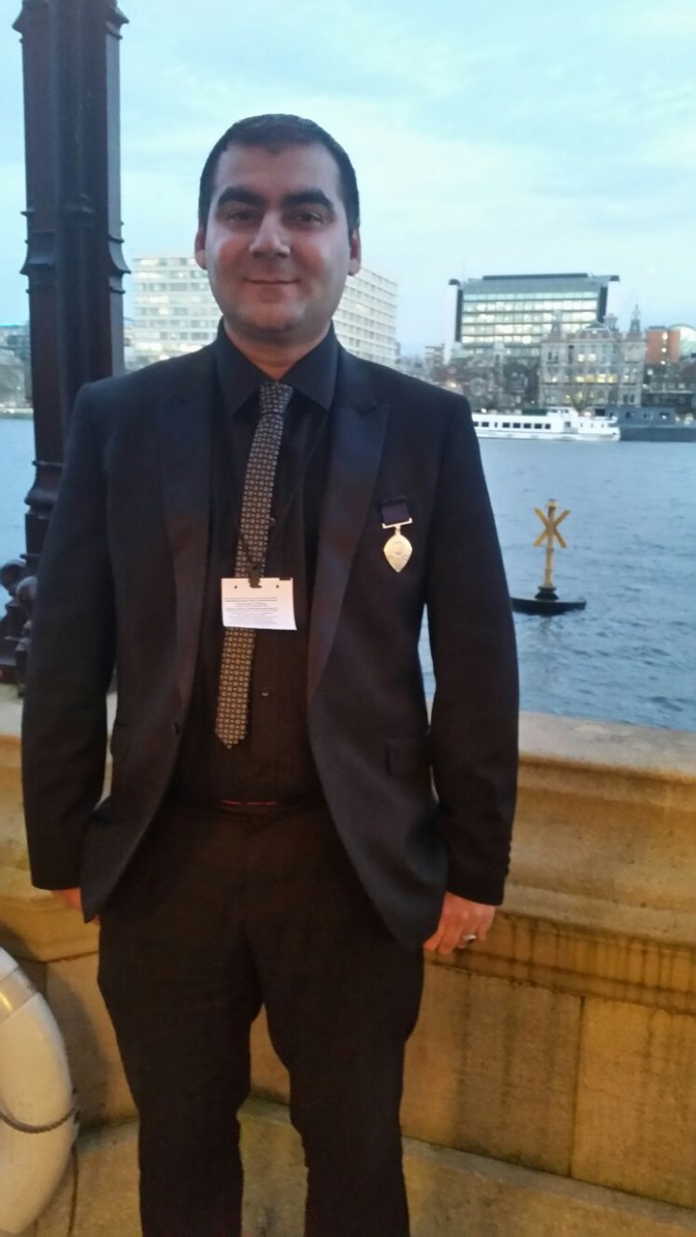 An inspirational Birmingham man who overcame personal tragedy to help thousands of young people in his local community has been recognised with a National Honour.

Mohammed Zafran, aged 36, who works as a community liaison officer at South and City College Birmingham has been selected to receive a British Citizen Award (BCA) for his services to the community.

Now entering their second year, the British Citizen Awards in partnership with InMoment, were launched in January 2015 to recognise exceptional individuals who work tirelessly and selflessly to make a positive impact on society. BCAs are awarded twice annually, and recognise ‘everyday’ people whose achievements may otherwise be overlooked.

Mohammed – or Zaf as he is better known – of Stechford, has dedicated his life to voluntarily helping others in his community, young and old, despite his family being struck by tragedy twice in two years.

In 2009, Zaf’s 30-year-old blind sister died after a battle with cancer and it was this that spurred him on to start to fundraise for charity. A year later, Zaf’s 24-year-old brother-in-law died after being stabbed in the head with a screwdriver in a local  park. Whilst many people would have wanted revenge, Zaf’s reaction was to reach out to youths involved in the local gang culture by going out at night and engaging with them.

Zaf won the trust of many of these young people and eventually established his own Community Interest Company called All 4 Youth and Community. Through the group, he offers free sport activities and community events. He has managed to sign up more than 16,000 youths in his academy across more than 100 projects, with 300 volunteers stepping forward to help his cause. All this has been achieved with just £2,500 of funding. Zaf received help from South and City College principle, Mike Hopkins, who allowed him use of the college facilities without any cost at all.

In addition to the sports and community events, two years ago Zaf opened a women’s academy to help prevent young Muslim women from being forced to quit their education and enter into arranged marriages. So far, about 4,000 women have signed up to the academy.

Zaf is one of 33 medallists who was honoured at a prestigious ceremony on January 28th, at the Palace of Westminster. Successful medallists are selected from public nominations by a panel of independent assessors.

All BCA recipients have positively impacted society by undertaking various activities in support of a number of causes. Each received a Medal of Honour, inscribed with the words ‘For the Good of the Country’. Medallists are also invited to use the initials BCA after their name.

Speaking about his nomination, Zaf said: “I didn’t know I had been nominated for the award, so when I received the email telling me it was a complete surprise. I have won a few awards in the past, but I am especially excited about this one as it is a new awards programme and when I researched into the awards I felt proud to be receiving one as it is for those who have served the country.

“My fundraising activity started after my sister passed away in 2009, as I promised at her hospital bedside to myself that I would fundraise in her memory. I have learnt a lot from my father, who would sit with other patients in the hospital who had no visitors, and would give fruit to patients.

“It was in 2010 that my life took another turn when my brother in law was murdered, this really changed me. I would get up in the middle of the night, roaming the streets to look for gangs and would return young adults home to their parents. I would get abused and spat at, but if people will show their trust in me, then I will help them.”

The British Citizen Awards are in partnership with customer experience management company, InMoment and are supported by the world’s largest optical retailer, Specsavers; one of the largest property and leisure management, development and regeneration companies in the UK, Places for People; leading ethical law firm Irwin Mitchell; and palletised freight company, Pall-Ex -who will each have representatives at the awards ceremony.

Zaf was nominated for a BCA by his friend and Labour Councillor, Waseem Zaffar MBE.

Waseem said: “Zaf has sacrificed so much to help people in the community and he does it all with a smile on his face. We are living in a world in which everything is dictated by money or hatred, but Zaf does things for the love of humanity and spreads love everywhere he goes. He has contributed so much to the community and the results are there for all to see.”