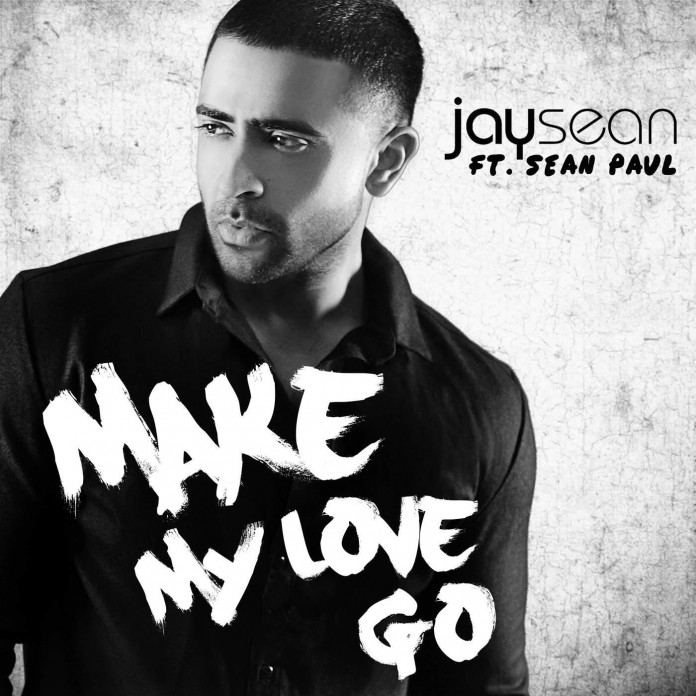 After selling over 18 million singles since 2009, and his storied departure from Cash Money last year, Jay Sean is back on his home soil with his first single for Sony Music UK, with legendary Jamaican dancehall legend Sean Paul.

This Month, millions of Jay Sean fans across the globe will be treated to an up-tempo slice of summery urban pop with ‘Make My Love Go’ which samples the classic US #1 Maxi Priest single ‘Close To You’.

‘Make My Love Go’ features an infectious beat and melody that is guaranteed to be ringing around clubs and beach bars all year. With Jay’s soulful voice and Sean Paul’s world famous toasting style, the track is the perfect way to brighten up the cold winter nights and start celebrating good times. The accompanying video, shot in LA, revolves around the guys performing at a Block Party with plenty of good old dancehall vibes!

The two Sean’s last connected back in 2009 to create the global smash ‘Do You Remember’, which sold over 3.5 million singles worldwide and was top 10 in the US, UK, Japan, Australia and more. ‘Make My Love Go’ reignites a great partnership and promises to be the sound of the summer across the world.

It was back in October 2014 that Jay Sean made the shock announcement that he was leaving Cash Money, amidst much media speculation. His decision not only set him on a happier musical path, but his departure was followed by a further string of subsequent losses for the label, showing yet again that Sean truly has his finger on the pulse of the industry.

Sean, who has now signed a worldwide distribution deal through Sony Music UK, returns to his homeland where his heart and roots are entrenched. The relationship with Sony Music UK is seen as a sign of the times, and a resurgence of the UK urban music scene, with other artists such as Craig David also returning ‘home’ and showing that the UK is still a powerhouse of talent and a force to be reckoned with.

Jay says of the new track and deal with Sony: “I am really excited about the new partnership with Sony. This song is a particular favourite of ours and getting to work with Sean Paul again was not only fun but felt totally organic on this one. We smashed it last time we put out a song together and ‘Make My Love Go‘ is that perfect blend of cool and fun. That dancehall drop goes hard! This will have everyone waiting for the sun to come back out!”

Born and raised in West London, twice MOBO Award nominated, 16 time British Asian award-winning Jay Sean, has had global chart success since his first single ‘Dance With You (Nachna Tere Naal)’ charted at #12 on the UK singles chart in 2004. He’s since gone on to sell millions of singles worldwide, with 4 Top 10 hits in the UK and many chart hits in Europe, Japan and the US. His Billboard #1 ‘Down’ was the first #1 single on the US charts by an urban British artist in history, and the first ever by an Asian heritage singer. He is also the only British artist in history to have both an English language Billboard #1 (‘Down’), and a Spanish language #1 with ‘Bebe Bonita’. In 2011, he duetted on Australian Jessica Mauboy’s Platinum certified single ‘What Happened To Us’ consolidating his position as a truly global artist and leader in his musical field. As a song writer Sean has also penned hits for several artists including the 7x platinum single ‘Boom Boom’ for Australian artist Justice Crew.

Single releases on the 5th February 2016 on the Sony Music label.