Home Sports ‘Failure is not an option’ 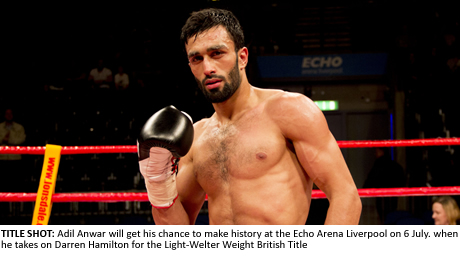 IT has been a long wait for Adil Anwar, but finally the Leeds boxer has been handed a shot at a British title.
The 25-year-old will fight Darren Hamilton for the Light-Welter Weight British Title at the Echo Arena Liverpool on 6 July.
Anwar, who took up Boxing as a young kid, has waited patiently for a title shot for two years.
And he’s determined he won’t let the opportunity pass him by.
“This is a massive opportunity for me, without a doubt this will be the biggest fight of my career so far and therefore the preparation for this fight has so far been and will continue to be more intense in comparison to anything I have done before,” he said.
“For me as a professional boxer, ‘Failure is not an option’ this is my opportunity to show the world what ‘The Platinum Kid’ is all about.
“All fighters want to win the British belt. I know I am capable of it and the fact that I am so close is starting to sink in.
“I can confidently say I have waited a lot longer then many other British boxers out there for this Title shot and I will take this opportunity to show my fans what they have been wanting to see for as long as I have too – the British Title around me.
“A lot has been said about this fight and I will by the Grace of God get in the ring and let my fists do the talking. The quiet man is going to silence the world.”
Anwar’s Agent Naheem Yacub has been alongside the Leeds starlet since his career began back in 2007.
And he is confident Anwar has what it takes to make history as the first British Pakistani to win the Light-Welter Weight British Title.
“Adil has come a very long way from when he first walked into Burley ABC in Leeds holding his Fathers hand, at which point boxing was something his Father thought would be of use as a self defence tool, then Martin Bateson saw the talent and potential behind the baby faced Adil,” he said.
“The road hasn’t been all smiles, it has been tough and long, a near to fatal accident during his Amateur Career put Adil out of boxing for 18 months, yet he wasn’t one to give up and came back stronger.
“Adil will without a doubt make history once again on the 6th of July and become the First British Pakistani to win the Light-Welter Weight British Title in history. Just as he made history, being the first British Pakistani to win Prizefighter.
“The lad is 110% committed to boxing so there’s no reason why he can’t reach the top.”
Tickets for this fight are available from www.adilanwar.com and www.sportscorporation.com
The fight will also be shown live on Boxnation Sky Channel 437 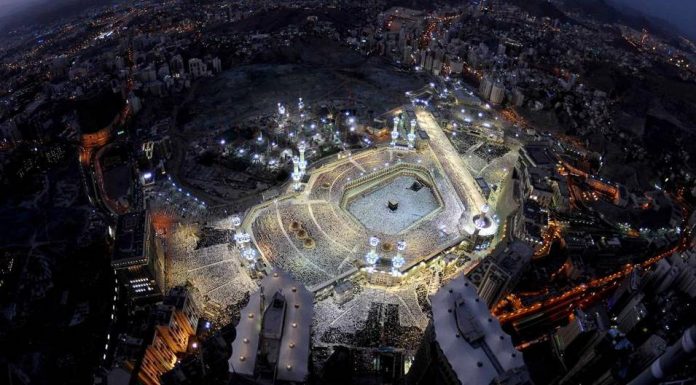 Salman Khan ‘The older you grow, the better you grow as an actor’

Paul Chowdhry Is Back