DUAL code rugby international Ikram Butt has once again been recognised in the Power 100 awards.
As the largest ever initiative of its kind in promoting the most influential Pakistani men and women within Britain, Pakistan Power 100 took place recently at a glittering and star studded event at the Park Plaza hotel, Westminster.
Ikram was honoured in the Trailblazers category and was nominated amongst leaders from a wide range of areas including media, business, arts, sport, public sector and charity.
“It is a wonderful honour to have received this award at such a prestigious event,” Ikram said.
“It would not have been possible without the tremendous support of many people. To feature in the Pakistan Power 100 publication is a truly outstanding accolade.”
Adeeba Malik MBE, Deputy Chief Executive of QED –UK, commented “Ikram is a great role model for people from all sections of the community and thoroughly deserves this recognition.”
Khalid Darr, Chairman of Pakistan Power 100, added “Ikram’s contribution to bringing about a positive change for the future of Pakistan, its people and its perception has been outstanding and he is deservedly one of the Pakistan Power 100 Trail Blazers”
Ikram created history when he became the first British Asian to represent England at either code of rugby during the 1995 European Championships. Furthermore he has spearheaded a number of ground breaking initiatives including the formation of the British Asian Rugby Association (BARA) which develops sporting, educational & cultural links between the UK and the South Asia region.
He is an award winning development manager and key note speaker who has lectured extensively on sport and its cohesive role in society. He is involved with Parliament as an associate member of the All Party Rugby Groups advising them on Equity & Diversity.
Ikram has established the British Pakistan & Pakistan Rugby League teams and published his autobiography ‘Tries & Prejudice’ described by the Guardian newspaper as ‘fascinating and inspiring’. All proceeds went to two charities.
Ikram’s work has resulted in many accolades and awards. He has previously won the Asian Power 100, Future Leaders award and was honoured at the British Muslim Honours Ceremony at the House of Lords and is recognised as an influential Asian role model.
A tireless fund raiser, he is a sporting ambassador for the ‘Kick It Out’ campaign, Cystic Fibrosis Trust, White Ribbon, Mosaic, British Asian Trust and the Pakistan Recovery Fund.
In July 2011, Ikram was awarded an Honorary Doctorate in Sport Science for his enduring contribution to sporting innovation and services to community sport programmes between the UK and South Asia by Leeds Metropolitan University. 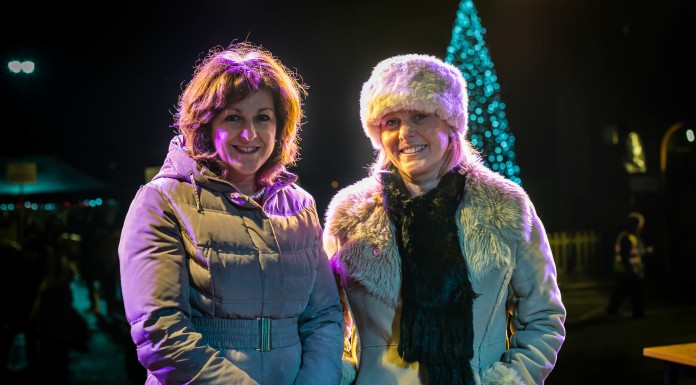 Loved ones remembered during Hospice Light up a Life celebration

Symphony Hall set for a revamp

‘The experience made all the pain worthwhile’

Missing Girl denies she was Kidnapped