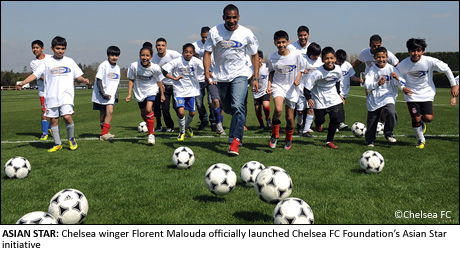 CHELSEA winger Florent Malouda hosted 20 British-Asian children at Cobham to mark the launch of the Chelsea FC Foundation’s Asian Star initiative.
The Chelsea midfielder was joined by Pakistan international footballer Kash Siddique and Bhangra musicians Jaz Dhami and Hartinder Dhami to launch the ground-breaking scheme. Also in attendance was last year’s Under 9s winner Sam Khan, who has since signed for Birmingham City.
After joining the practice session with the children from the Indian Gymkhana club, the stars were put through their paces by Chelsea FC Foundation coaches, taking part in passing, shooting and dribbling drills.
The event marked the launch of the fourth Asian Star programme, which is the first scheme of its kind ever undertaken by a professional football club and is designed to give a much-needed boost to Asian participation at all levels of the game.
“It’s great to see so many famous people from the Asian community getting involved in the programme and supporting this Chelsea initiative because it gives a lot of credit to the scheme and  helps motivate these children,” said Malouda.
“You could see how happy the children were to be part of this programme and I was really impressed by last year’s winner Sam, he was a very good player and it was nice training with him. He’s very passionate about the game and has everything he needs to succeed.”
Asian Star 2012 will take place on Saturday 26 May at Chelsea’s state-of-the-art training ground in Cobham for players in the Under-9 to Under-12 age groups.
Participants will be judged on a series of matches and tests specifically designed and used by the Chelsea Academy to examine speed, skill and ability. Chelsea will also be inviting managers, coaches and scouts from clubs at all levels of the game to identify talented youngsters and information will also be on hand for Asian players to find clubs in their area.
The Asian Star programme has already uncovered five potential stars of the future who went on to play for professional clubs’ academies. This year the initiative offers players the chance to win a year-long place within the Chelsea FC Foundation’s Elite Training Centre.
Applications for this year’s tournament are now open, visit www.chelseafc.com/asianstar to enter. 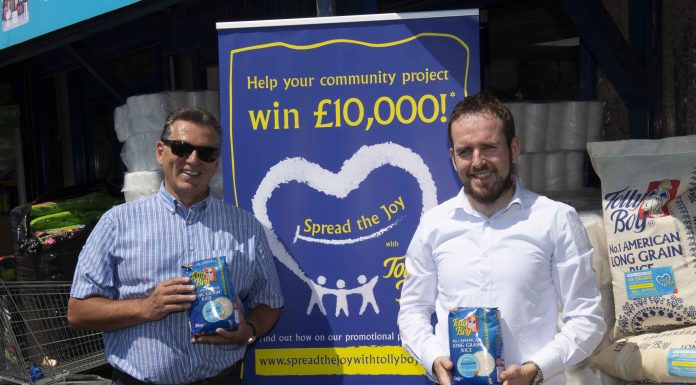 GET UP! GET MOVING!