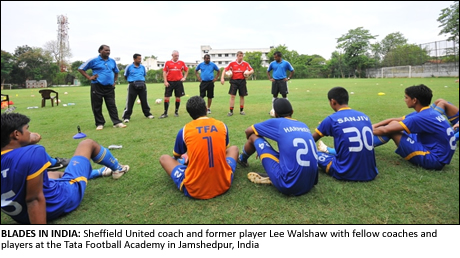 SHEFFIELD United Football Club is strengthening its links with India’s leading Tata Football Academy (TFA) as European interest in the country’s football talent increases.
The npower League One club established its partnership with the Jamshedpur-based Academy in 2010, providing advice and coaching to support the development of more than 35 of India’s top young players aged 16-19.
Jamshedpur is the seventh largest city in India, which has an overall population of 1.4billion people. Despite the vast array of potential un-tapped talent, India continues to be ranked 158th in world football.
The Tata Football Academy has been established for more than 25 years and is ranked as the best in India. However, English Premier League sides QPR and Blackburn Rovers are looking to build their links with India by establishing their own academies in the country following their recent takeovers by Indian tycoons.
Sheffield United has a head start over their top-flight rivals having been involved in the development of football in India for the last two years and it is the club’s intention to help the Tata Football Academy retain its high-profile status despite growing competition.
As the partnership between the Blades and TFA enters into its third-year, United have sent coach and former player Lee Walshaw to the Academy to continue a new 12-month programme of activity to support the youngsters’ development.
Lee along with Strength and Conditioning Coach Yodigar Gorur, who has worked at associate club Chengdu Blades in China, will visit TFA six times during the year, spending a total of 18 weeks working with the coaches and players.
“The visits will allow us to build on the relationship already in place between Sheffield United and the Tata Football Academy. Indian football does not have any sufficient grassroots structure in the way it is in the UK,” Lee said.
“However, the Academy is working with a select number of young players to develop their talent and help their progression to clubs in the Indian Premier League.
“The youngsters go through a four-year programme and it’s the Academy’s ambition to develop that talent and increase the standard of players coming out of India to eventually enable them to secure a move to a European club, which will in-turn raise the standard of Indian football as a whole.”
The partnership will also build relationships between the two organisations which could lead to mutually beneficial commercial opportunities.
Lee added:  “I’m here to work with the coaches and the youngsters offering my experience and knowledge of the game from a European perspective. The coaches here at the Academy are some of the best in India, but they still lack an understanding of international competitions and how the game is played around the world. We are here to help improve that.
“We can advise on professionalism, organisation, shape and how to prepare for training and games. We are developing a more focussed programme for them all to learn from, one which they can continue when we return to the UK.
“The Academy is delighted to have us here. By creating a structured programme for the coaches and players to follow will help focus their attentions when we are not here. Our visits during the year will be more regular with a short gap between each, so when we return we will be able to see how far they have progressed.”
Dave McCarthy, managing director of Sheffield United FC, said: “We view our relationship with the Tata Football Academy as extremely important to the long-term future success of Sheffield United. Not only can we assist India to improve its standing in world football by supporting their development of players, but we are well placed to develop important commercial links into the football club. .
“By sending experienced individuals in Lee and Yodigar to Jamshedpur further strengthens our commitment to the Tata Academy and builds on our strong relationship with the coaches and staff there.” 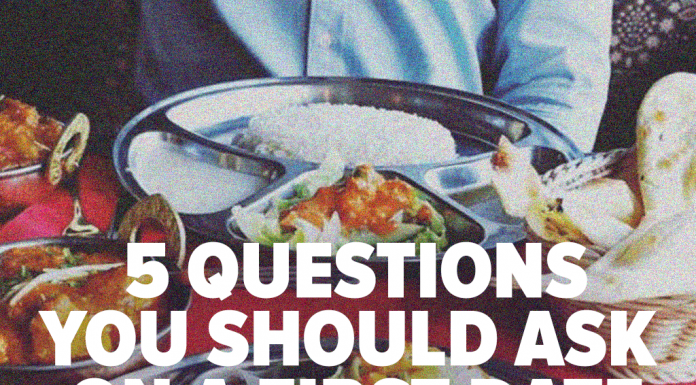 5 Questions You Should Ask On A First Date

The appealing abilities of pheromones bring frequently already been overstated – perhaps not least...