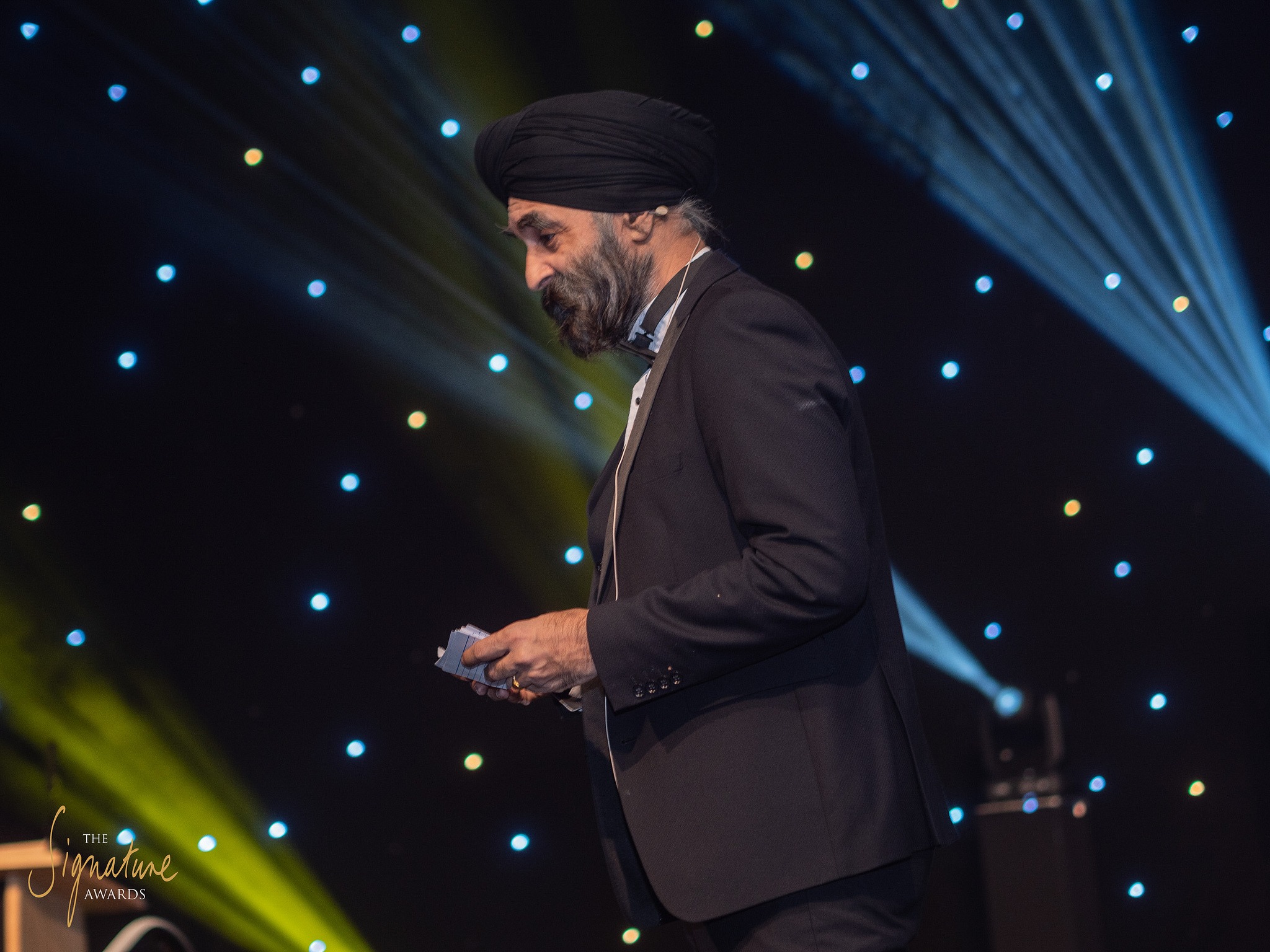 The appointment was announced on Friday the 1stFeb by John Crabtree, Lord Lieutenant of the West Midlands, who is the Queens personal representation in the region.

Mr Johal who was born in the region and who has been running his music and event production company in the Black Country for over 20 years spoke on the day he was hosting the Signature Awards at the ICC in Birmingham for business professionals and entrepreneurs.

He said ‘Having lived and worked in the area all my life, being appointed as Deputy Lieutenant for the West Midlands is a great honour for myself, my family and all those who have supported me along my journey thus far. I have always said that our region has some fantastic businesses and a real ‘can do ‘ attitude and if I can assist these organisations and individuals who do a great job for their community – then I will have done my job’.

Mr Johal has spent over 20 years in the music industry and was responsible for a number of music hits including the global hit track ‘Munde to Bachke’ which reached no.5 in the UK charts, no.7 in the US charts and a further 9 number 1’s globally. He still performs regularly with his bhangra band – Achanak. He has also diversified into event production and include brands such as the Nachural Business Awards which take place in Wolverhampton every year and the Nachural Entrepreneurship Awards in Leicester.

Mr Johal’s other positions include Board member of the West Midlands Growth Company, Vice Chair of Sandwell College, Trustee of Victoria Academy, Board Governor of Wolverhampton University, Non Executive Director of Accord Housing and Trustee at Albion Foundation.