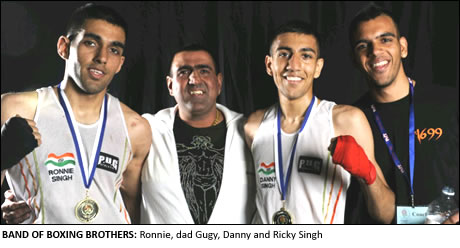 GROWING up brothers Danny, Ronnie and Ricky Singh did what all siblings do – they fought constantly – but this trio are taking that fighting spirit a step further as they aim to become Scottish boxing greats.
The brothers – Danny, 20, Ronnie, 21 and Ricky 23 – have won 15 amateur boxing titles between them and are hungry for more.
Refreshingly they can count on family support – their uncle Harry Dhami was the first British Asian Sikh to win the British title in professional boxing, while dad Gugy Singh has supported them throughout their journey.
“We got into boxing because of my dad, he was a boxer when he was younger and its now family tradition,” says Danny. “My dad trained my uncle when they were kids, and my uncle Harry Dhami became the first British Asian Sikh to win the British title in professional boxing.
“My dad would always take us to the gym with him and we would mess about watching him train until we got older and started doing it seriously ourselves.”
The brothers hope to emulate their uncle’s success and become the next British Asian Sikh boxing champions – something that’s never been achieved since uncle Harry’s triumph.
Born in Kent, the brothers found themselves on their way to Scotland at a young age after dad Gugy brought a business in the town of Irvine.
Undeterred by their new surroundings, the brothers’ passion for boxing was evident. Growing up Danny cites Prince Naseem Hamed as a huge inspiration.
“When we were young we always stayed up to watch Prince box and was fascinated with his entrances,” says Danny.
“My dad would be getting ready at 5am to open the shop while the fight would just come on TV and we would all be asleep on the sofas as we could never stay up.”
Today, the role models have changed and the brothers are already becoming household names in boxing.
“Youngsters look up to Amir Khan and we want to be able to reach the same heights,” Danny says. “We get people on Facebook and Twitter telling us how proud they are of what we are doing and if they can meet us and it’s great.”
With a number of titles (Haringey Cup Champion, Scottish Champion, Western District Champion, GB Bronze medallist, ABS Novice champion, Junior Western District Champion) already under their belts the brothers are hoping to turn professional in the coming years.
But with the numbers of professional Asian boxers at a low, Danny knows it will be hard, and understands why so many promising young Asians don’t make it professionally.
“A lot of Asians don’t take up professional levels because at the age of 18 everyone needs a job and boxing doesn’t pay well unless you make it big,” he says. “In a way everyone stops boxing as it gets in the way of jobs. But we don’t have to worry about that as my dad supports us and has built a gym in the back of the shop and the back of our home where we train all the time.”
It is at that gym where the brothers do their bit for the community. Eager to see more youngsters take up the sport, the gym doubles up as a community sports centre.
“My dad set up the gym about 10 years ago when we were young just so we could train and use it, and now we train other people there ourselves. We get a lot of parents asking us to train their kids near their home and we do we like to help others.”
Today the brothers are working towards another goal – representing Scotland in the 2014 Commonwealth Games set to be held in Glasgow.
“If we haven’t turned professional by then, the Commonwealth Games are definitely something we want to do,” says Danny.
“We were part of the trials for the last Commonwealth Games but Scotland only sent four boxers due to lack of funding and we didn’t go so hopefully we will go to the next ones.”
And with the London 2012 on the horizon, the brothers have also been getting into the Olympic spirit.
“We’ve been training with the Zambia Olympic team over the Summer and it’s been great. They were very fit, but technically when sparring we were better than them and know we can compete at that level.” 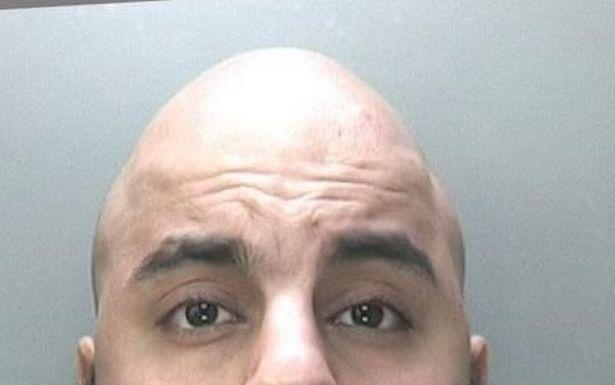 Dr Phil Dyer on the health benefits of Vitamin D

West Brom Market gets a revamp