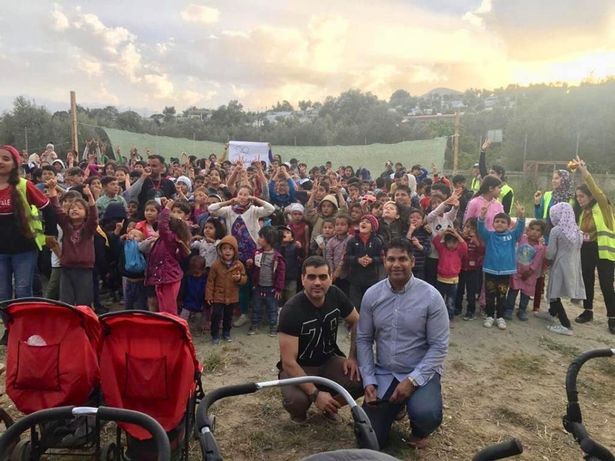 The gang stormed into his home just before 3am on Sunday 1 June smashing the porch door.

Ahmed Mohamed, 41-years old from Showell Green Lane, Sparkhill was stabbed as tried to fight off the men. 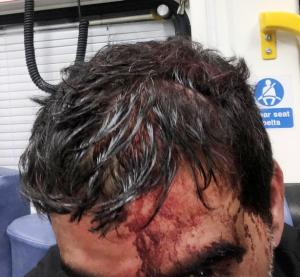 Mr Mohamed, was treated for a four-inch wound at Birmingham’s Queen Elizabeth Hospital.

The victim said: “It lasted around seven minutes. I didn’t want to appear scared of them. I thought why has this happened to me?

“I don’t have not ever had a problem with anybody. Recently, drug dealers have started coming into the area.”

Mr Mohamed, who has delivered aid to Lesbos, Greece four times and is due to travel to Jordan to help Syrian refugee attended prayers at Green Lane Mosque and returned home around 2.30am.

He said: “I was upstairs, my sister called me from Iraq and I was talking when I thought the house was shaking. I thought: ‘What’s going on?’”

He ran downstairs and encountered the thugs, who had broken the porch door and were coming through a second door.

He said: “I think there were five men but am not sure. They wore black scarves, I couldn’t see their faces.

“They did not say anything. Two or three had a knife each and one had a stick. One of them dropped a knife which the police took.

“I started to fight them. One of them tried to stop me but he stabbed my head with a knife. I felt there was something warm coming down my face and blood coming into my mouth.

“But I was still fighting with them, trying to kick them out.”

His ordeal ended when they ran off. Neighbours came to his aid and called the emergency services.

A West Midlands Spokeswoman said: “Police were called to Showell Green Lane, Sparkhill at around 2.50am on Saturday (1 June) to reports of disorder.

“A man was found with a head wound and taken to hospital to receive treatment for his injuries.

“No arrests have been made at this stage and enquiries are ongoing.”

Anyone with information is asked to contact police quoting crime reference number 20BE/129283A/19.