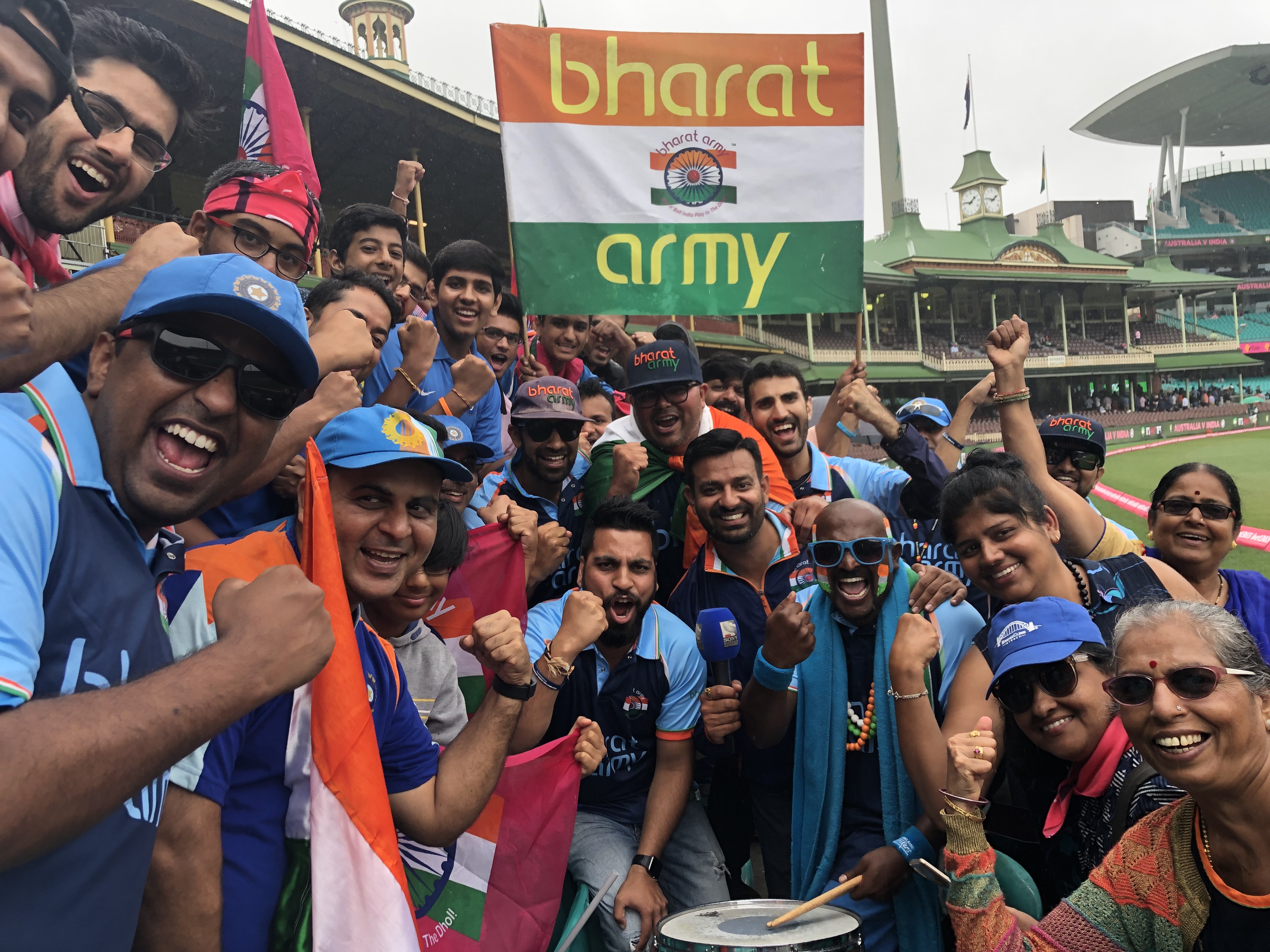 The Bharat Army who formed back in 1999 are celebrating 20 years as India’s biggest cricket supporters club globally and to mark the occasion are putting on a fan concert ‘Bharat ke Saath’ on the 15th June at Manchester’s Victoria Warehouse on the eve of the India vs Pakistan match.

Still led by one of the founding members Rakesh Patel, The Bharat Army have been passionately following their team around the world and in the last 20 years has grown to a 300k+ strong following from the UK, India and as far as Australia.

“Our 20 year anniversary could not have come at a better time. Our travel company will be welcoming 10,000 fans from 26 countries at the end of May. We wanted to mark this celebration in style and what better way than to put on this amazing event with one of India’s biggest Bhangra artists Guru Randhawa headlining on the day before the big game India vs Pakistan.”

The Bharat Army are also using their massive fan base to raise money for charity Their partnership with SFA is in line with one of Bharat Army’s core objective to “give back to India,  The SFA Championships allow us to support children in India by giving them a platform to perform in an Olympic style multi sport event”.

Akshay ‘breaks away’ from Bollywood

Ramprakash hits out at Aussies in race row

Singer to make a jump for Charity!