THE search for Britain’s best Asian sporting talent has begun with nominations for the Change4Life British Asian Sports Awards 2010 officially open.
The awards ceremony, which will celebrate its tenth year next February, will honour Britain’s best British Asian sporting talent in a glittering ceremony in London next year.
Budding sports stars including their coaches are being invited to enter themselves into the nominations process. From chess players and kick boxers to cricketers and footballers, the organisers are seeking for the best in each of the awards ten categories which include Most Up and Coming Sports Personality of the Year, Outstanding Achievement Award and Coach of the Year.
All nominees will be judged by a panel of experts including former England cricketer Mark Ramprakash and Olympic gold medal winner Denise Lewis.
Once selected, all nominees will battle it out in a public vote.
Previous winners have included cricketer Samit Patel, kickboxer and boxing champion Sunny Hira and Change4Life British Asian Sports Awards official ambassador, Amir Khan.
A spokesperson for the ceremony said: “The Change4life British Asian Sports Awards is the only awards programme of its kind and prides itself on acknowledging and celebrating the current British Asian sporting talent and aims to motivate and inspire the next generation of talented British Asian sports people across the United Kingdom.”
The deadline for all nominations is Friday 18th December.
Log on to www.basauk.tv for more information. 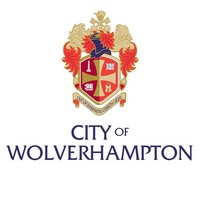 The Sikh Mark Zuckerberg supports communities with his technology