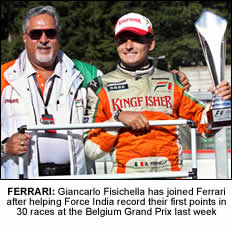 FORCE India have released driverGiancarlo Fisichella to join rivals Ferrari for the remaining 2009 F1 season.
The 36-year-old will join Ferrari as a replacement for Luca Badoer who was drafted in as a replacement for the injured Felipe Massa.
Badoer, Ferrari’s official reserve driver, has struggled in the two races he has turned out for, finishing last in both.
Fisichella finished a surprise second in last week’s Belgium Grand to record Force India’s first points in 30 races.
Dr Vijay Mallya, head of Force India, said he did not want to stand in the way of Fisichella’s dream of racing for Ferrari.
“Giancarlo and his management team approached me yesterday with the proposal from Ferrari. For any Italian driver, a Ferrari race seat is a long-held dream and for Giancarlo it was no exception,” Dr Mallya said.
“No one should stand in the way of this. Furthermore the agreement will secure Giancarlo’s long-term future with Ferrari and it would be incorrect to jeopardise this, particularly when Giancarlo has made such a vital contribution to Force India.”
Dr Mallya said no financial agreement had been made with Ferrari to release Fisichella and the decision had been made “in good faith”.
Force India hope to push on after registering their first points at the Belgium Grand Prix last week.
Dr Mallya said he was confident the team would do well despite Fisichella’s departure.
“The competitiveness of the team seen in Belgium was a result of hard work in the factory and wind tunnel and we have further developments coming for the final races, so we are confident this momentum can be sustained,” he said. 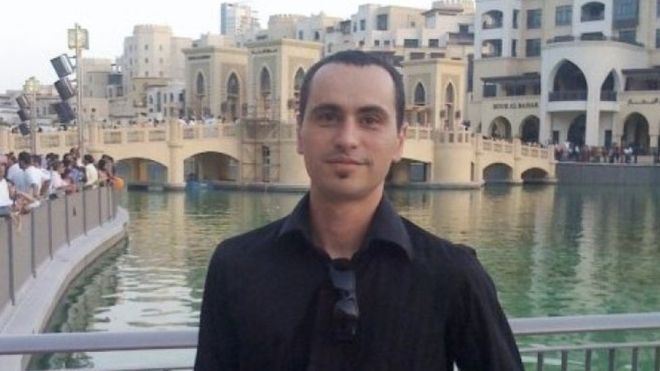 In Conversation with DJ Harvey

Gossip: It seems that she made out with Jordan on messy Thirty. There’s likewise...