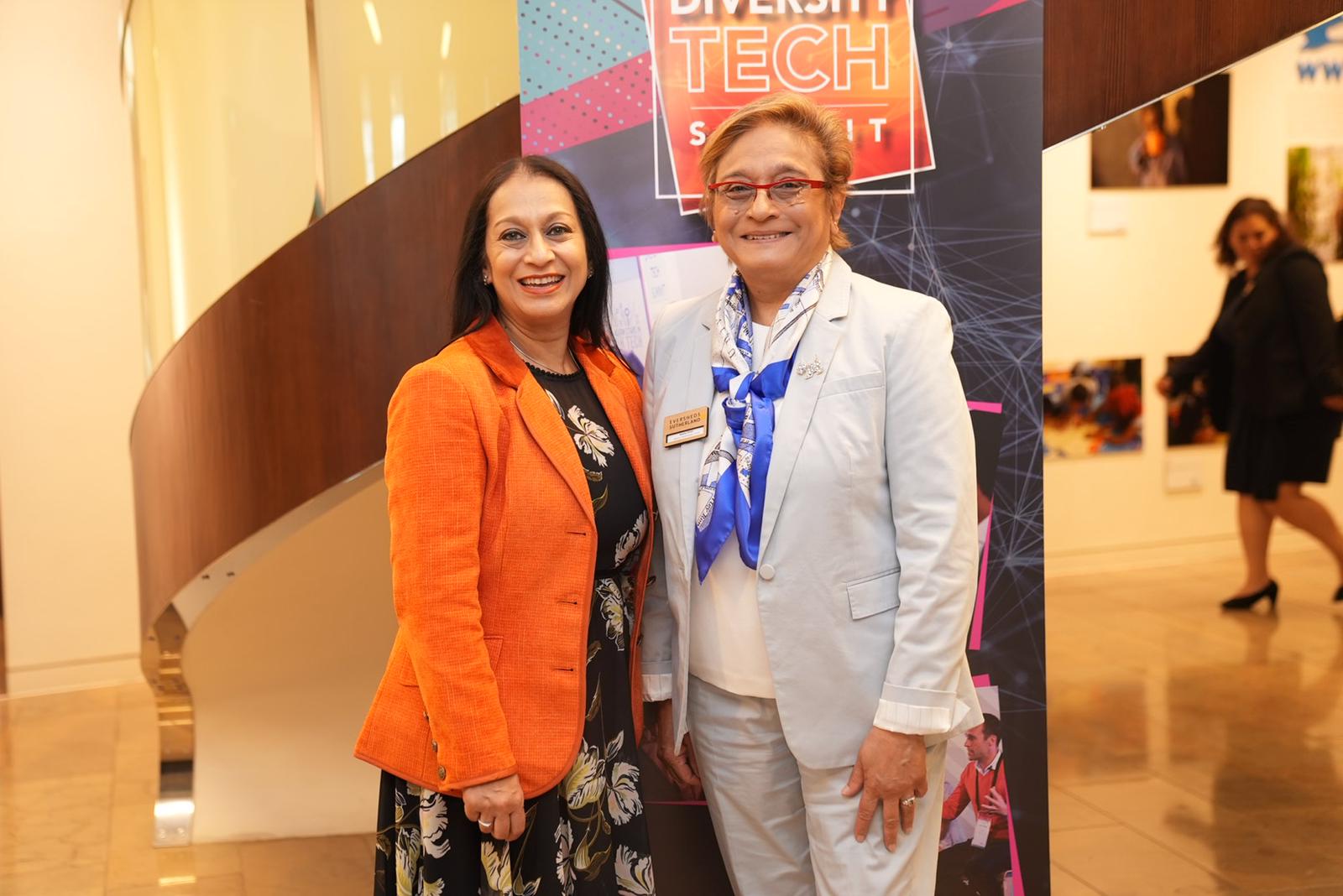 London, [15 July 2022] Entering its eighth successive year, last night saw 100 of the most inspirational Asian men and women honoured by equality charity Diversity UK as it announced the results of its coveted Top 100 Asian Stars in UK Tech list. Presented by Ramesh Vala CBE, Chairman of the Judging Panel 2022, alongside representatives from event sponsors Eversheds Sutherland, Ketchum and Wavelength, the event put a spotlight on the ground-breaking business models, apps, funding and support networks pioneered by Asian digital entrepreneurs in the UK.

The brainchild of digital entrepreneur Lopa Patel MBE, who has long been recognised as an evangelist for STEM and the tech industries in the UK, the 2022 tech heroes are an embodiment of the ways in which the UK tech sector is as diverse as it is thriving. With women making up 51% of the overall Top 100 list, despite women-led start-ups receiving just 1.1% of VC funding in 2021, the list recognises the gumption of female entrepreneurs in breaking through barriers.[1]

Lopa Patel MBE, list curator and Chair of Diversity UK said: “I’m delighted that the Top 100 Asian Stars in UK Tech list is thriving in its eighth successive year, with new faces and huge representation of female entrepreneurs. It’s proof that the UK tech scene is thriving and breaking into new areas like AI and Healthtech. We’re also thrilled to be able to honour twenty incredible Asian Tech Pioneers, a hall of fame which now stands at 91 individuals. It’s always encouraging to see these tech heroes scale new heights over the past year, helping entrepreneurs to succeed via investment and funding or ecosystem support services that have been sadly hollowed-out since the pandemic.”

Among those recognised in the Top 100 List are: Herb Kim, best known as the Founder of the Thinking Digital Conference which celebrated its 14th Anniversary in 2022 at the iconic Sage Gateshead Conference Centre; Newcastle-based Sarat Pediredlawho is the CEO of Hedgehog Lab, a global product consultancy which focuses on assisting brands and enterprises in achieving their business goals using emerging technologies; Tanya Laird, the Founder of Digital Jam and creator of the the VR Writers Room and the co-organiser for the world’s largest VR & AR meetup group “Augmenting Reality” and Lu Li, the Founder of Blooming Founders, a London-based company that provides female-friendly co-working spaces and events for early stage founders.

Investors recognised with the Asian Tech Pioneers award include Imran Akram, a London based growth capital investor at AXA Venture Partners, the $275M fund investing in enterprise software, fintech, consumer and digital health; Mo Aneese, Investment Director at Livingbridge, a mid-market Private Equity firm investing between £10m-£150m in high growth businesses valued between £20m and £400m; Kevin Chong who is Co-Head at Outward VC which invests at late-seed to series B in entrepreneurs seeking to build category-defining fintech companies and Reece Chowdhry, the Founder and CEO of the Concept Ventures, which has created the largest dedicated pre-seed technology fund in the UK ($62m).

Female Asian Tech Pioneers recognised for championing entrepreneurship include Bristol-based Jaya Chakrabarti MBE who is a passionate advocate for engaging business with the community through technology to improve people’s lives; Chelsea Chen, the co-founder of Emotech Ltd, one of the world’s first tech companies dedicated to exploring proactivity and multimodality in AI;Pae Natwilai, the Founder and CEO of Gettrik with one of its most well-known software being TRIK, a drone mapping and 3D reporting software for structural inspection. Healthtech heroes include Dr Ishani Patel, a GP and Co-founder of Lantum, which provides software to help NHS practices and surgeries find locum doctors and Sonia Patel, the System CIO at NHS England, leading on the multi-billion-pound ministerial priority to ‘level-up’ digital infrastructure and literacy for NHS and care.

The Chairman’s Award was given to Neeta Patel CBE, Non-Executive Director at Allianz Technology Trust PLC & Albion Venture Capital Trust PLC, and previously Founding CEO of the Centre for Entrepreneurs (CFE). Praised for her unwavering support of the Awards, Neeta has supported and mentored more than 350 young people, including many from diverse backgrounds, who have gone through the CFE’s flagship NEF+ programme, launching 200+ ventures, raising £240m with an aggregate valuation of £600m and have created more than 5000 jobs. She has also supported women founders via her roles as Entrepreneur-Mentor In-Residence at London Business School, Tech London Advocates and at City University Ventures.

The full list of 2022 winners can be found here