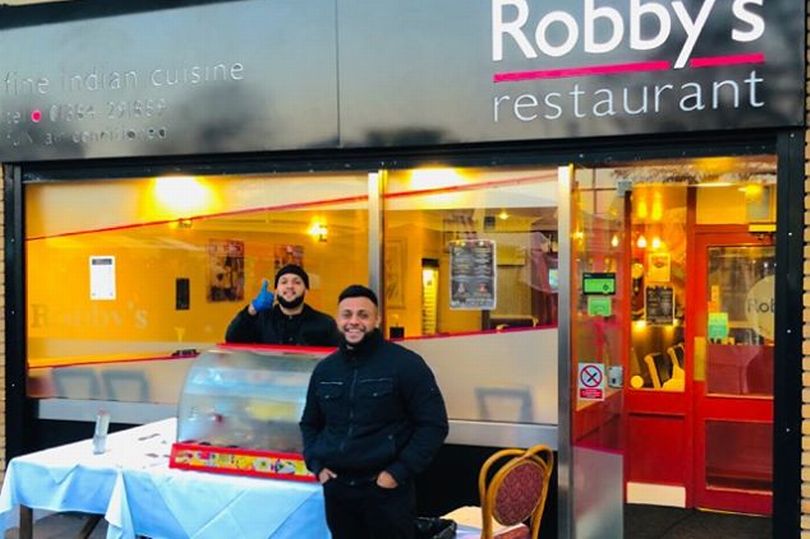 Owners of a popular Indian restaurant in Kingswinford have been praised after giving away food that a customer ordered as they tried to short-change the delivery driver.

‎Mohammed Saeid‎, who runs Robby’s Indian Fine Dining, told Black Country Live that he was left gobsmacked after the customer– who has not been named – attempted to underhand the business by more than £10.

Saeid said the restaurant received a call at 11.30pm on Saturday, November 23, from two customers drinking at a local pub.

Despite the kitchen being closed, Mr Saeid approved the order and sent a driver to deliver the food.

The customer knew the order would be more than £20 but pulled out a handful of coins and told the driver ‘there’s roughly about £10 here so take it or leave’.

The driver left, with the food and was later given to a rough sleeper on Soho Road, which was praised by the community.

He said: “They were a lot more grateful and thankful than someone who thinks we work hard to be insulted.

“I’m not saying this to moan,” he added. “We are just creating awareness of how hard we all work in these local restaurants to serve our locals and ensuring you are getting value for your money.

“If you are this person reading this. Please could you avoid doing this in the future to any establishment as it wastes our time and efforts to provide you with a top service.”

But the ex-business man said this incident highlights a dirty tactic that is highly damaging for the hospitality business.

“This kind of tactic is highly damaging for business,” he said. “Businesses work hard to offer high-quality food at affordable prices but, sadly, this isn’t the first time it has happened.

“By highlighting someone’s insulting attitude – I hope we will be able to stop this kind of thing happening.”

The post, which has been shared dozens of times, has praised the Mr Saeid’s action to donate the food.

One said: “Well done for giving the food to someone more deserving. So glad you didn’t give that horrible person the food. See you soon.”

Another said: “In one respect, I’m glad she did it because you did such a wonderful thing. You gave someone who appreciates and is so thankful food to keep going. But I’m so sorry that there are people out there who do this to waste time and money. You are great and don’t forget it.”