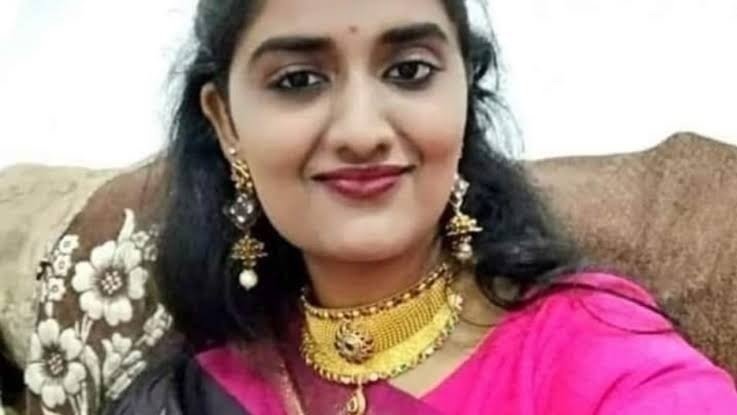 A vile attack that has shock Indian society once again, the body of a veterinarian doctor has been found charred under an overpass on November 28 after she was gang raped and murdered by men who had offered to help her with a puncture.

Priyanka Reddy, 26 years-old, was on her way home when she was raped and killed near Hyderabad.

The victim’s mother has called for the monsters who committed the horrific crime to be burned alive.

Police recovered her clothes, shoes and a bottle near a toll road where Priyanka had parked her motorbike, and her family could only identify her by a locket she was wearing.

Four men have been arrested, including Mohammed Pasha, a lorry driver.

After looking through CCTV footage from the crime scene, police identified the suspects

Priyanka had called her sister Bhavya at 9.45pm to say that her motorbike had a puncture, and someone had offered to help.

She then said that she was feeling scared by a group of truck drivers near her.

Bhavya advised her to leave the vehicle, walk to the toll and get a taxi home, but she never made it.

Police now believe the suspects may have deliberately caused the puncture to make their attack easier.

The victim’s mother said her daughter could have been saved if police acted quicker.

Bhavya had approached one police station shortly after her phone call with Priyanka but was redirected to another station and searches were not carried out for a few hours.

Priyanka’s younger sister said: ‘We lost a lot of time moving from one police station to another.

‘Had the police acted without wasting time, at least my sister would have been alive.’

The amount of rapes recorded in India is almost 40,000 each year, according to official figures.

Campaigners say the real number is higher, with victims wary of filing cases because of the social stigma and a lack of faith in investigators.

Many actors, politicians, among others have demanded justice for the Hyderabad vet.