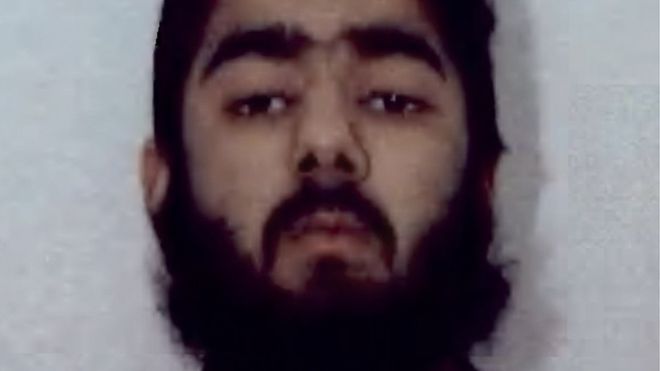 The London Bridge attacker Usman Khan was released half-way through a 16-year prison sentence for a plot to bomb the London Stock Exchange.

He was attending a conference on prisoner rehabilitation organised by University of Cambridge-associated Learning Together at Fishmongers’ Hall and reportedly “threatened to blow up” the building.

Armed with two knives and wearing a fake suicide vest, Khan was tackled by members of the public before he was shot dead by police on London Bridge next to the Hall.

It is apparent that Khan started “lashing out” in a downstairs room of the Hall but was grabbed by the conference-goers and bundled out of the front door as he tried to go upstairs.

The Queen and Duke of Edinburgh sent a message of sympathy to those killed and affected by the “terrible violence” and praised the “brave individuals who put their own lives at risk to selflessly help and protect others”.

Metropolitan Police Assistant Commissioner Neil Basu said Khan had been living in the Staffordshire area and that police were “not actively seeking anyone else” over the attack.

Police have been searching a three-storey block of flats in Wolverhampton Road, in Stafford, where Khan is believed to have lived.

In February 2012, Khan came to the attention of counter-terrorism investigators because he was involved in a highly active cell around Stoke-on-Trent, part of a wider network of radicals then headed by the preacher Anjem Chowdary There was a plot to bomb the London Stock Exchange which was incompetent.

A list of other potential targets included the names and addresses of the Dean of St Paul’s Cathedral in London, then London mayor Mr Johnson, two rabbis, and the American Embassy in London.

But the sentence for Khan, along with two co-conspirators, was quashed at the Court of Appeal in April 2013 and he was given a determinate 16-year jail term and freed on licence in December last year and made to wear the tag.

The Parole Board said it had no involvement in his release and that Khan “appears to have been released automatically on licence (as required by law), without ever being referred to the board”.

Khan had previously participated in the Learning Together programme but had shown “no cause for concern”, a source with knowledge of the programme told the PA news agency.

Khan would have needed police permission to travel to London before his attack so as to not trigger an alert. On Saturday, Scotland Yard said Khan was, to the best of their knowledge, complying with all his release conditions.