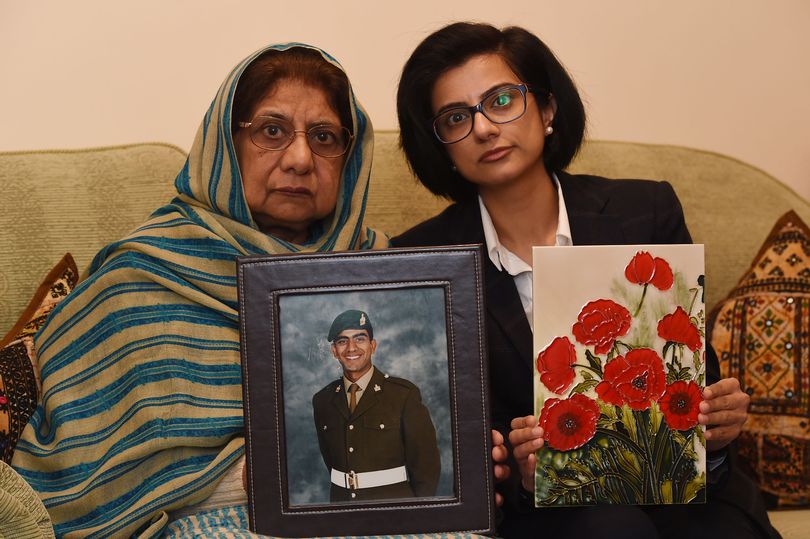 The family of the first Muslim serviceman have had a long association with remembrance events, including the city’s annual civic parade and ceremony say they felt neglected from Birmingham’s main Remembrance Sunday event.

The family of Lance Corporal Jabron Hashmi died while fighting for the British Army in Afghanistan in 2006.

For the past two years they have not received an invite to the commemoration from Birmingham City Council, despite having attended on every occasion.

The family from Small Heath, have had to approach the council via email to ask if they could attend, and were sent invites.

Jabron’s mother Imtiaz Bano, 67, and sister Tajalla Hashmi arrived for this year’s Remembrance Sunday event on Colmore Row and were initially turned away from an entry point and then found no seats had been reserved.

Tajalla, 32, an NHS worker, said: “We have been attending every year since Jabron passed away but for the past two years we have not received an invite and we have had to email the organisers to ask to be invited.

“When we arrived this year, there was a barrier controlled by a security guard who looked at our invite cards, called his manager and told us to go to the other side. We had to show our invites again to a lady who seemed to be an organiser.

“We were offered chairs at the side at first as most of the rows in the grandstand were reserved. My mother was asked to sit in one of the back rows and I sat behind her. No one said good morning or asked how we were, they didn’t seem to know who we were or why we were there – we didn’t feel welcome.”

Jabron was serving with the Intelligence Corps but was attached to 14 Signal Regiment when he died on July 1 2006 and was just 24 years-old.

Over 400 mourners attended his funeral at Ghamkol Sharif Mosque and his family received support from far and wide.

But they have continued to honour all British servicemen, which has included Imtiaz laying the foundation stone for the Armed Forces Memorial at the National Memorial Arboretum in Staffordshire before it was opened by The Queen.

However, they feel the council needs to do more to preserve the memory of around 30 servicemen from the West Midlands who died during the most recent conflict in Afghanistan and Iraq.

Tajalla said: “My family does not want any special treatment; we just want the council to know who the fallen servicemen and their families are.

“My brother gave his life for his country, but he wasn’t alone, he was among twenty or thirty servicemen from the West Midlands who died in Iraq and Afghanistan.

“At the very least, the council should have a list of the families whose loved ones have sacrificed their lives for their country, and their names should be read out at the service.”

Jabron was serving on the attachment with the 14 Royal Signal Regiment in Sangin, southern Afghanistan, when he was killed in a 107mm rocket attack.

His legacy remains as a proud Muslim who loved Britain and served with distinction, retaining his caring nature and sense of humour. 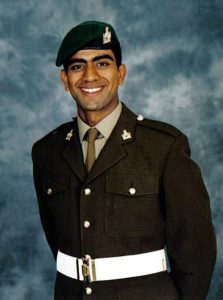 Jabron’s family want the council to have a greater awareness of veterans’ families across all conflicts, including of those who made the ultimate sacrifice since 9/11 and to provide clarification around how the council invites people to remembrance events.

A Birmingham City Council spokesperson said: “We appreciate the bravery shown by our Armed Forces and want to ensure that those who lost their lives while serving their country are remembered with respect.

“All members of the Armed Forces family – including serving personnel, veterans and their relatives – are very welcome to attend our Remembrance events, so they can pay their respects to friends, loved ones and colleagues.

“We send invitations to relatives of military personnel from Birmingham, who lost their lives in action (where known) as well as to local dignitaries, civic leaders and politicians.

“Seating in the grandstand is limited and seats are only reserved for official wreath layers and dignitaries, such as former Lord Mayors. However, we do ensure every invited guest has a seat, so those without a reserved seat can take up any free spaces in the grandstand or in the additional seating provided.”

Jabron and his brother, Zeeshan, who also joined the military, felt they were building bridges,

At the same time, Jabron’s family views his sacrifice as no different from any other British soldier who has fallen in conflicts across the globe, past and present.

“Jabron was always a jolly type of person, he loved making people laugh and he had a mischievous sense of humour,” she said.

“He was always caring towards his family and friends and always there when you needed him.”

“Jabron was very proud to be a soldier and serve his country,” Tajalla added.

“It’s been thirteen years since he passed away, but it only feels like yesterday.

“It’s too soon to forget about his sacrifice.”