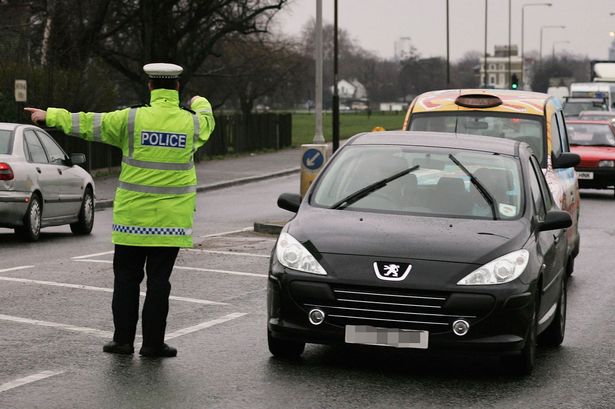 Across the West Midlands around six motorists a day are being slapped with on-the-spot fines for driving without insurance.

The latest Home Office figures reveal 1,999 Fixed Penalty Notices (FPNS) were issued by police because of insurance offences in 2018.

Offences include driving a vehicle without third party insurance, failing to produce insurance documents to a constable after an accident, and making false statements in order to obtain insurance.

The figures only include “on the spot” fines issued by police. They do not include other motorists prosecuted for insurance offences.

The fixed penalty notice is a fine of £300 and six points on the driver’s licence. If the case goes to court the fine may be unlimited and the driver could be disqualified.

Police may also take the vehicle and destroy it.

All vehicles must have third party insurance at the minimum in order to help protect other people, vehicles and property in accidents that were the drivers’ fault.

Jack Cousens, head of roads policy for the AA says; “The number of drivers issued penalties for being on the road without insurance is very worrying.

“While some may be legitimate administrative errors, the majority will be people deliberately trying to avoid paying insurance premiums.

“The cost of car insurance can be a struggle for young drivers and those on low incomes, which can tempt them into taking a chance and drive in the hope of not being caught.”

Adam Powell, Co-Founder and Chief Operating Officer of home insurer Policy Expert and motor insurer Sure Thing!, said: “There are always a number of motorists who unfortunately don’t play by the rules and decide to drive a vehicle uninsured.

“However, for some this may be an honest mistake; life may get in the way and some simply forget to renew their insurance policy.

“For other road users, if they are unlucky enough to be hit by an uninsured driver, this can result in a fault claim for the insured party.

“This is because there isn’t another insurance company to pay out for the claim.

“However, many insurers now include an ‘uninsured driver promise’ to combat this from happening to innocent road users.

“Motorists should always be aware of their renewal date and make sure they have an active policy at all times.

“In the future, it would be great to see cars fitted with technology to identify whether it is insured or not, with the ignition being prevented from starting for uninsured vehicles.”