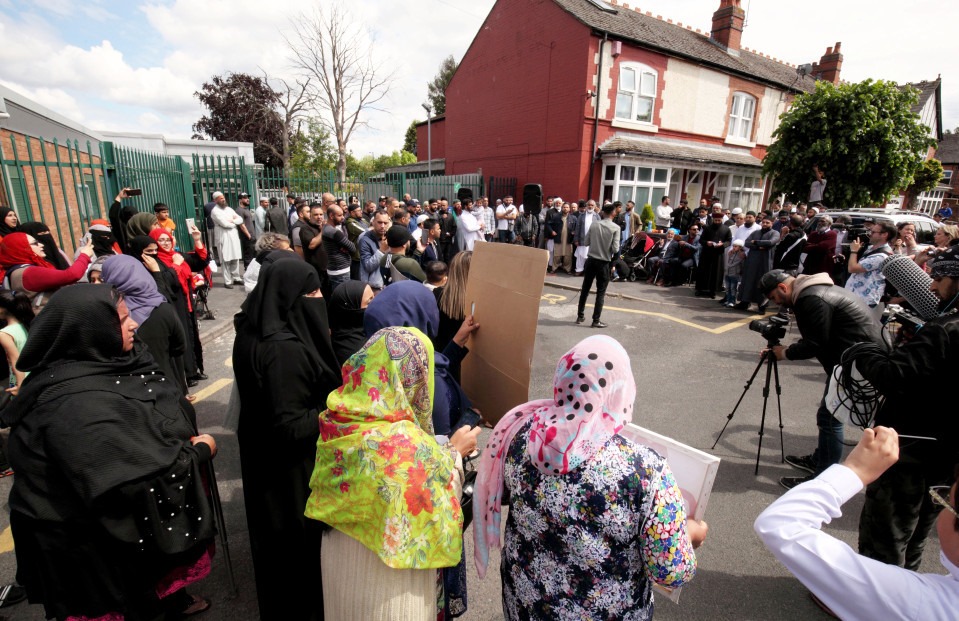 Demonstrators who have been outside a primary school against LGBT have been permanently banned.

A High Court judge said activists protesting against LGBT equality lessons had “grossly misrepresented” what was being taught to children as he ruled that they would be permanently banned from demonstrating directly outside a Birmingham primary school.

The protests had an adverse effect on pupils, residents and staff, leading to 21 teachers being treated for stress, Mr Justice Warby said.

Anderton Park school, in the Sparkhill, has become the focus of a long campaign to halt LGBT equality messages being taught in the classroom.

The protests at the school aimed to stop LGBT relationships education, with many parents and activists claiming it contradicts their Islamic faith and is not “age appropriate”.

The five-day hearing at the city’s Priory Courts heard there were further “untrue” and “harmful” allegations made about the school on social media.

“None of this is true,” Mr Justice Warby said as he handed down the ban at Birmingham Civil Justice Centre.

The lessons had been “misrepresented by parents”, he said, adding the school does not promote homosexuality and seeks to weave the language of equality into everyday school life.

Birmingham City Council said the noisy protests at the school gates were disrupting lessons and meant children were unable to use the playground.

A permanent injunction has banned Shakeel Afsar and his sister Rosina Afsar who had two children at the school but has removed one of them also Amir Ahmed from coordinating protests outside the school. 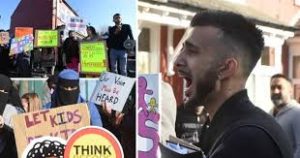 Mr Justice Warby has ordered hat the three named defendants should be liable to 80% of those costs, which the court heard have yet to be calculated.

Mr Afsar said he was “bitterly disappointed with the decision of the court”.

He branded the court “one-sided”, pointing out that the judge, the council’s barrister and key witnesses had been “white”, compared with the “diverse” protest supporters.

“We can continue to protest in the same area that we have been protesting in since June this year,” he added.

“These young children are not being taught the status of law.”

“This was always about protecting the school and community from the escalating levels of anti-social behaviour of the protests,” Dr Tim O’Neill, the council’s director of education and skills, said.

“Birmingham is diverse and inclusive – these are its strengths – and we must all come together to ensure all children get the best education possible.”

He said, “fringe elements” had been attracted to the protests with the aim of “stoking division and hatred”.

The National Association of Head Teachers, which has supported the school, welcomed an end to the “noisy and aggressive protests”.

“This judgement makes it abundantly clear that the school gate is no place to hold a protest,” a spokesperson said it was also welcomed by the Department for Education, which has previously faced criticism for a perceived lack of support for the school, but said it wanted to “encourage positive dialogue”.