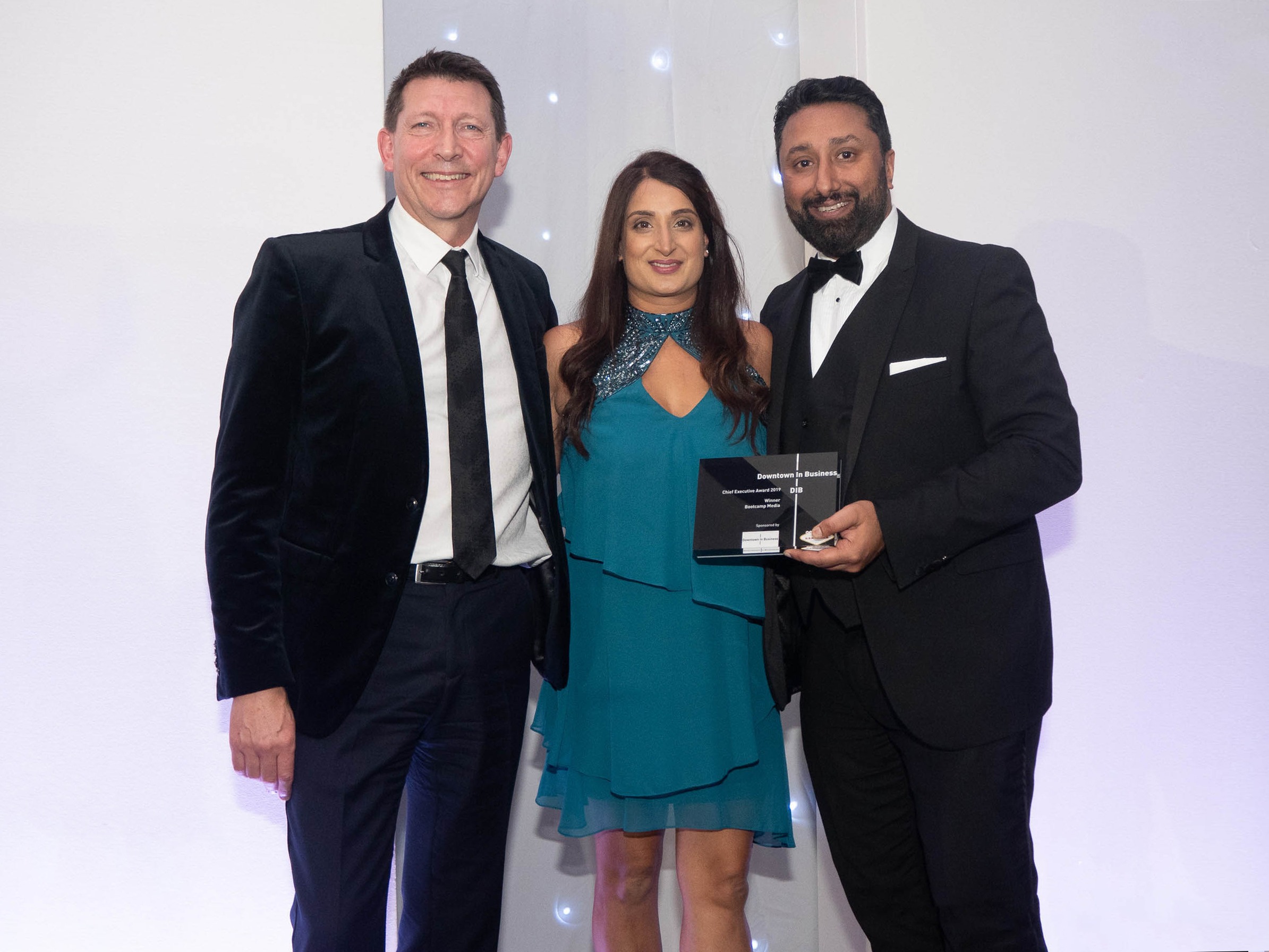 Hosted at the fabulous Edgbaston Cricket Club, the third annual City of Birmingham Business Awards was attended by over 300 of the region’s leading business personalities.

The awards were originally introduced in 2017 to recognise the very best the Birmingham Business community has to offer and have proved incredibly popular ever since.

The award was given out in recognition of the hard work that the CEO and team at Bootcamp Media have done over the past 12 months.

Highlighting employees of the year, the best newcomers, female and male networking champions and those who have had the biggest community impact, the awards are a celebration of all that’s great about Birmingham.

“I was not expecting to win the Chief Executive’s Award, but I’m very grateful and humbled” explained Jamil after the event. “You cannot imagine what it means to have won something like this.

“It’s not just for me, though – it’s for the entire Bootcamp Media team. And it’s particularly important given Downtown in Business’s commitment to working with organisations up and down the country. They know how to support local businesses, and these awards recognise the considerable hard work that goes into running modern enterprises. I’d therefore like to take this opportunity to congratulate my fellow winners – you all deserve it so much!”

Downtown in Business was established in 2003 in Liverpool and dedicated itself to providing leadership to private sector businesses.

It has now expanded to Birmingham, London, Manchester and other areas and continues to promote its values via modern networking events for entrepreneurs and business owners.

Bootcamp Media is located in the heart of Birmingham’s thriving Jewellery Quarter and provides marketing services and web design to businesses throughout the region.

“With a combined experience of over thirty years, Bootcamp Media combines customer centricity with Jamil’s passion for indulging in local events, charitable organisations and initiatives. His Downtown in Business award is testament to a modern company that puts everything into its community and customers” said Paul Cadman (Judging Panel).

To find out more about Downtown in Business https://downtowninbusiness.com/

To find out more about Bootcamp Media, https://www.bootcampmedia.co.uk/