Home Local Son Crashes Dad’s Car After A Night Out 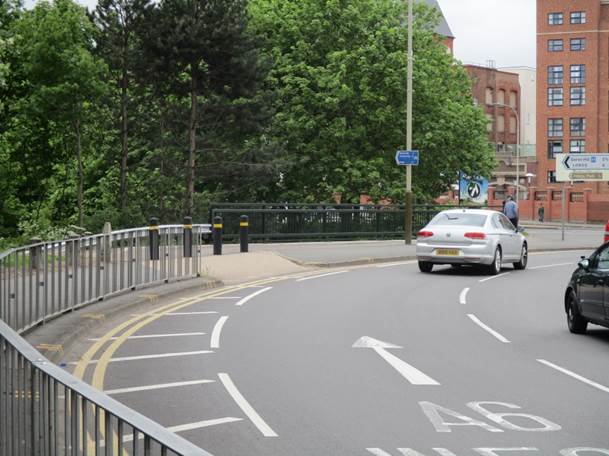 A Leicester man man drove his father’s prized Mercedes after a night out and ended up crashing it into a set of traffic lights.

Deepak Willkha going through a divorce and recently quit his job due to stress went out to meet a friend in Leicester city centre on September 25.

Willkha, 38-years-old from Queniborough Road, Belgrave, was only about 1.5 miles from the city centre, and decided to take his father’s car.

Courts heard how he was more than twice the drink-driving limit and only got as far as Belgrave Circle, where he smashed into the traffic lights around 4am on September 26.

He was arrested by Leicestershire Police and during an interview Willkha, who suffered a cut to his forehead in the crash, said he had been drinking several beers and wines but could not remember how many and “didn’t know exactly what happened”.

At the police station he gave a breathalyser reading of 80 microgrammes of alcohol in a litre of breath. The limit is 35 microgrammes.

He pleaded guilty to drink-driving at Leicester Magistrates Court on Thursday where his solicitor, Perminder Bassi, said: “He went to meet a friend for a meal and spill out his problems.

“One drink led to another. It was a bad judgement call on his part.

“The car is his father’s pride and joy and he didn’t want to leave it in the city centre in case it got scratched or something.

“It has been a difficult six months for him.”

Mr Bassi said his client’s 73-year-old father had moved in with him because of illness and was reliant on Willka to bathe him and help him go to the toilet.

A combination of taking care of his father and stress at work had led to him leaving his job recently, Mr Bassi said.

He added that Willka’s wife had left him and moved to Wolverhampton with their two daughters.

The magistrates fined Willka £326 and ordered him to pay £85 court costs and a £32 victim surcharge.

He was banned from driving for 18 months.