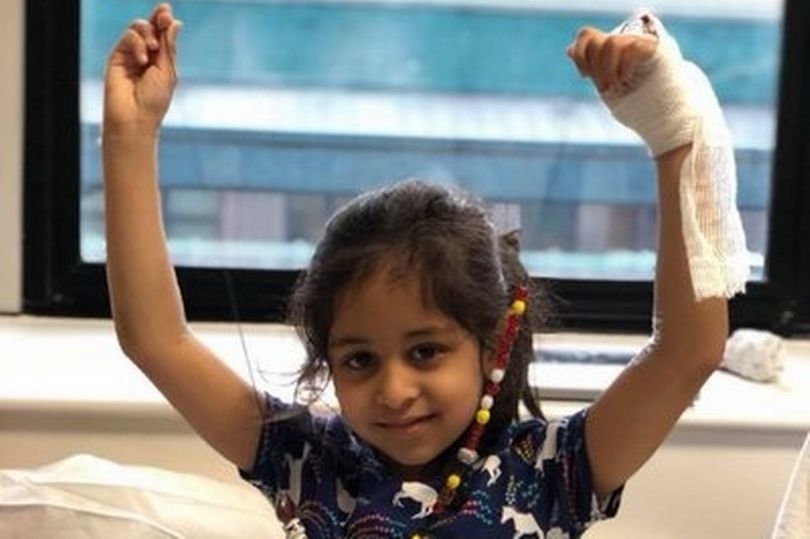 Young six-year-old Kaiya Patel who diagnosed with acute lymphoblastic leukaemia in March 2018 after her parents spotted some bruising to her legs and bleeding gums died on Sunday January 13 following a long and hard battle.

Parents Ruchit and Anu Patel, launched a huge fundraising appeal and a painstaking search for a stem cell donor.

Her treatment required finding a stem cell donor, which is complicated by the lack of Asian donors available in the UK and worked with stem cell donation charities DKMS and Anthony Nolan to find someone who could donate.

Then in August after it was announced a match had been found, and Kaiya went under the knife just weeks later, but sadly, she never fully recovered from the transplant.

Just days after the operation she picked up an infection and was told she had graft versus host disease (GVHD), a condition which involves the donor’s blood cells attacking the recipient’s organs because they see them as foreign. Her recovery proved to be slow and Kaiya and her family spent Christmas at Great Ormond Street Hospital. In an emotional statement, Kaiya’s heartbroken parents posted the news on the Be Kaiya’s Donor Facebook page on Monday 15 January.

“We are heartbroken to inform you that our angel Kaiya passed away late last night,” the statement reads.

“She had fought an incredible battle against the adenovirus she contracted post -transplant and lasted longer than any other child treated for that affliction at GOSH (Great Ormond Street Hospital). That reflects determination, willpower, and strength that we cannot describe in words.

“But Kaiya was more than just those things. She was kind, diplomatic, thoughtful, compassionate, and considerate. She was loved by all. And she has taught us what it is to bring light and life and love to people.”

But her parents are proud of what their daughter achieved in her relatively short life.