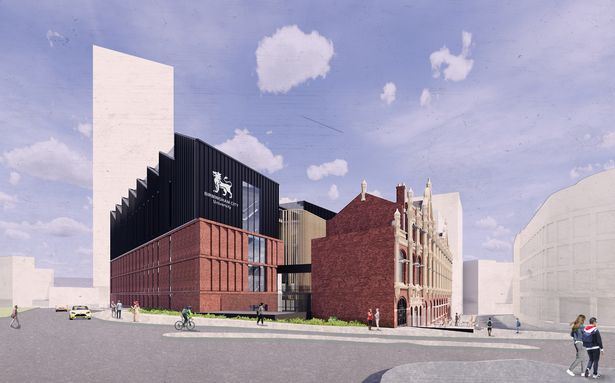 Birmingham City University (BCU) is regenerating the old Belmont Works factory, in Cardigan Street, to create the second phase of its STEAMhouse project.

Designs have been shown for the restoration of a historic former cycle works destroyed by fire more than a decade ago to create a £60 million business hub. Birmingham City University is prominent to the regeneration project, which will create a new business hub.

It will be used as a hub for small businesses, arts organisations and academics to provide a space for them to work together on new projects and business ideas.

“These plans represent a major step forward for phase two of the project and will provide even more state-of-the-art facilities for businesses, artists and academics to collaborate on innovative new ideas.

“It is equally pleasing to have the opportunity to revitalise a historic Birmingham building in a part of the city which has already seen major transformation and will soon welcome HS2.”

Belmont Works was built in 1899 and was initially used for the manufacture of bicycle parts since when it has adopted a number of uses including a factory for linen clothing, bedsteads and pianos.

Lately it was an engineering depot and offices for the Co-operative Society from around the 1960s but was made derelict by a fire in 2007 since then out of use.