Home Latest Investigation To A Stabbing And Car Crash in Handsworth 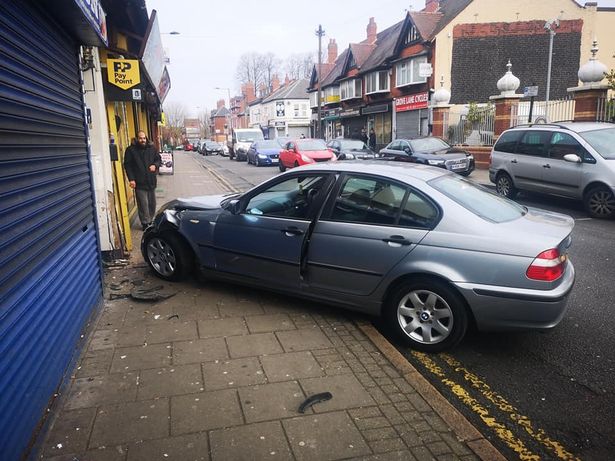 A man was stabbed, and a BMW crashed into a shop front in Handsworth on Wednesday 9 January around 10am.

Emergency services were called after a 22-year-old victim was knifed in the face outside Handsworth Cycles on Grove Lane and around the same time a BMW crashed into a food shop opposite the Shri Guru Ravidass Bhawan temple.

Police are now investigating if the two incidents are linked and are appealing for anyone with information to come forward.

A force spokeswoman said: “Police are investigating after a man was stabbed outside Handsworth Cycles in Grove Lane, Handsworth just after 10am today (Wednesday 9 January).

“A 22-year-old man was left with a non-life threatening injury to the side of his face and was taken to hospital, where he remains this afternoon.

“At around the same time, a BMW crashed into another shop on the road and officers are working to establish if the two incidents are linked.”

A spokesman from West Midlands Ambulance Service said: “We were called at 10.24am by West Midlands Police to reports of an assault on Grove Lane, Handsworth. One ambulance attended. We treated one patient, a man, for his injuries.

“Following treatment at the scene, he was taken on blue lights and sirens to hospital for further assessment.”

No one else was reported to have been hurt.

The police spokeswoman added: “Enquiries continue and anyone with information is asked to contact police via Live Chat at west-midlands.police.uk between 8am to midnight, call 101 anytime or contact Crimestoppers anonymously on 0800 555 111, quoting crime reference 20BW/7035M/19.”