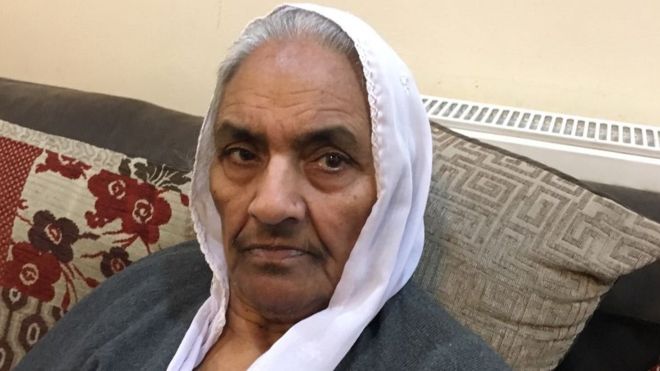 A man on trial accused of murdering Small Heath grandmother Riasat Bi allegedly searched BirminghamLive for updates on the incident whilst being on the run from the police.

Madni Ahmed, of Cavendish Street, Stoke-on-Trent, is on trial at Birmingham Crown Court.

Her grandson, Faizaan Javed, was left paralysed after being stabbed repeatedly in the back.

After his arrest his phone showed searches for the BirminghamLive Facebook page and WhatsApp messages from friends with links to articles on the attack.

The court heard Ahmed, aged 20, allegedly used his brother’s ID to purchase a haul of knives and machetes online in the days leading up to the incident.

The blade was recovered from a rooftop gutter just yards from the murder scene, after drones were set to scour for evidence.

The weapon was later examined, DNA of the accused was found to be present.

Prosecutor Michael Burrows told the court today: “A text message from BA Blades to Madni Ahmed’s phone shows they were unable to verify the purchasers age and asked for further verification.

“An order was then placed with Barrington Swords on June 26 for a cold steel Bowie machete, cold steel slant-tipped machete, ninja survival seven-inch and a rambo survival knife – total price £96.43.

“An image was sent back showing the defendant’s brothers’ provisional driving licence and the purchase was approved.

“Records show the delivery was made to Cavendish Street on July 6.”

Jurors were told Ahmed left the Stoke-on-Trent home he shared with his parents and siblings, checking in to BH Residence – a Birmingham hostel – for several days.

He left the hostel on the morning of July 12 and was described by the receptionist as being ‘stressed’ and ‘pacing the floor’.

Mr Burrows added: “Someone sent a WhatsApp message with a link to a Birmingham Mail article about a live incident in Small Heath park.

The court was also read text messages sent to the device, following the incident and before Ahmed’s arrest.

Mr Wilson said he had examined blood found on the weapon dumped in rooftop guttering near the scene of the attack.

He said: “Samples of blood were taken from 12 different areas on the knife.

“DNA from at least three different people was found on the knife.

“Madni Ahmed’s DNA was found on the knife.”