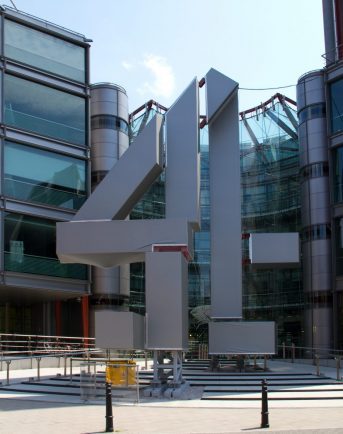 The shortlist for Channel 4 relocation has been revealed with West Midlands listed for the national headquarters or creative hub, alongside Bristol, Cardiff, Glasgow, Greater Manchester, Leeds and Liverpool. The region put forward Birmingham and Coventry as potential homes to the broadcaster.

The other cities that have been chosen for the location for a creative hub and will be competing are Stroke on Trent, Belfast, Brighton, Newcastle-Gateshead, Nottingham and Sheffield.

Wolverhampton, submitted a separate bid after not being included in the West Midlands submission, has missed out.

Channel 4 agreed to move 300 jobs out of London after sustained Government pressure. The roles will be based at a national HQ and two smaller hubs as part of the broadcaster’s Nations and Regions strategy.

The West Midlands bid, led by West Midlands Combined Authority, is focused on potential sites in Birmingham and Coventry, highlighting the many strengths of the West Midlands under the strapline of ‘Get Closer’. The Mayor of the West Midlands Andy Street said: “This was the first hurdle we needed to overcome in order to secure the new national HQ for Channel 4 and now we can focus on enhancing our bid further.

“Both Birmingham and Coventry offer powerful arguments to Channel 4 in terms of location, talent and the youth and diversity of the population and I am pleased this has been recognised. Now the hard work really starts as we begin negotiations in earnest to develop the most compelling case possible to the broadcaster.”

The next stage for the shortlisted cities will include Channel 4 visiting each city for a presentation and Q&A. Following this, Channel 4 will engage in further discussions with cities and regions as necessary, before selecting the final locations in October 2018.

The political leaders of the two West Midlands cities in the running have welcomed Channel 4’s announcement.

Cllr George Duggins, leader of Coventry City Council, said: “It is great to see that Channel 4 recognises the combination of factors that make Coventry and the West Midlands the perfect place for businesses looking to relocate and build for the future.”

Cllr Ian Ward, leader of Birmingham City Council, added: “Birmingham is a perfect fit for this move and we look forward to working with Channel 4 to showcase in even greater detail what we have to offer here in the heart of the UK.”