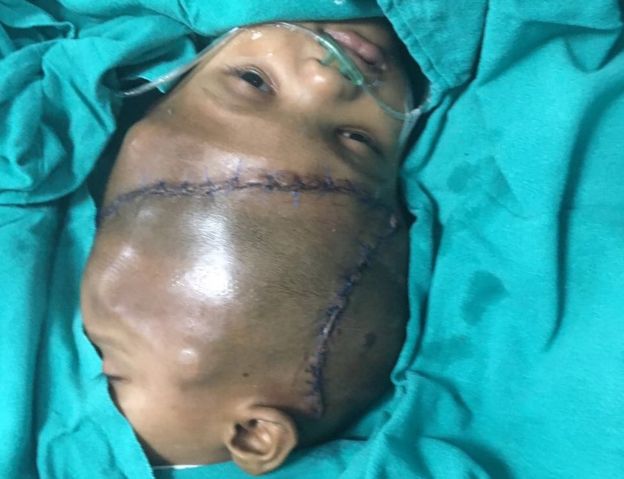 Surgeons in Delhi have separated twin boys who were conjoined at the tops of their heads.

Two-year-olds Jaga and Kalia underwent 16 hours of surgery, and are now in the intensive care unit, according to doctors.

The first of its kind in India, a team of 40 doctors carried out the surgery at a state-run hospital.

The boys were born with a very rare condition known as craniopagus, which occurs once in about three million births, leaving the babies with shared blood vessels and brain tissues.

The surgery was performed on 28 August when the doctors created a bypass to separate the shared veins that return blood to the heart from the brain.

Randeep Guleria, director of the All India Institute of Medical Science, told the Press Trust of India that the “next 18 days would be extremely critical to ascertain the success of the surgery”.

50% of those affected die within 24 hours, doctors say, meaning the boys were already beating the odds before the surgery began. 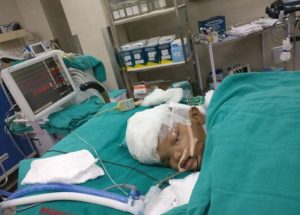 “Both the children have other health issues as well. While Jaga has heart issues, Kalia has kidney problems,” neurosurgeon A K Mahapatra said.

“Though initially Jaga was healthier, now his condition has deteriorated. Kalia is better,” he added.

“The most challenging job after the separation was to provide a skin cover on both sides of the brain for the children as the surgery had left large holes on their heads,” said Maneesh Singhal, a plastic surgeon who was a part of the operating team.

“The skin was generated from the expansion of two balloons which were placed inside their heads during the first surgery in August,” Singhal told AFP on Friday.

“The next step will be reconstruction of their skulls,” he added.