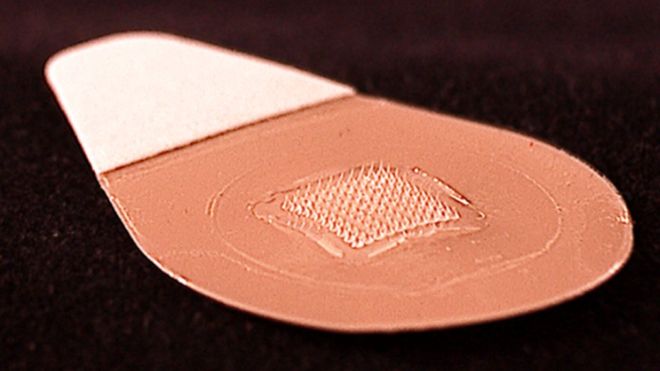 The patch contains a hundred tiny hair-like microneedles that penetrate the skin and deliver the regular flu injection. The majority of testers said it was entirely painless, preferable to injections and needles, and delivers the same level of protection as the traditional method. There were some side effects of the patch, such as redness and itchiness in the applied area, but this went away after a few days.

The adhesive is effective and simple to use and can be stuck on by people themselves. It is also easy to store and doesn’t need to be kept in the fridge, thus allowing pharmacies to stock it on their shelves. After use, the microneedles dissolve away and the patch can be put in the bin. 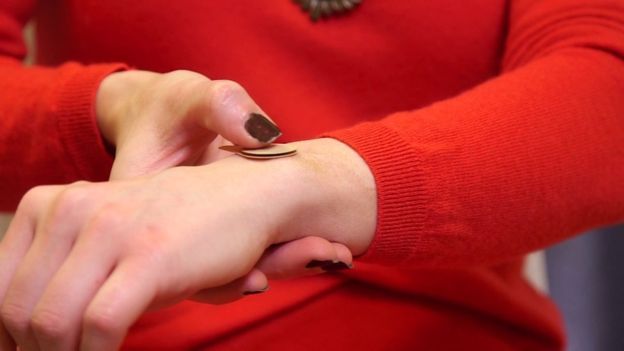 The patch was developed by the very clever people at Emory University and the Georgia Institute of Technology, funded by the US National Institutes of Health. Lead researcher Prof Mark Prausnitz said, “If you zoom in under the microscope what you’ll see are microscopically small needles. They puncture painlessly into the skin.”

Dr Nadine Rouphael, from Emory University, said: “We could envisage vaccination at home, in the workplace or even via mail distribution.” As it can be stored for up to a year, the patch can also be used in the developing world or conflict zones.