Home Desixpress Celebrate Holi With Badri And His Dulhania In The Bollywood Dance Masala... 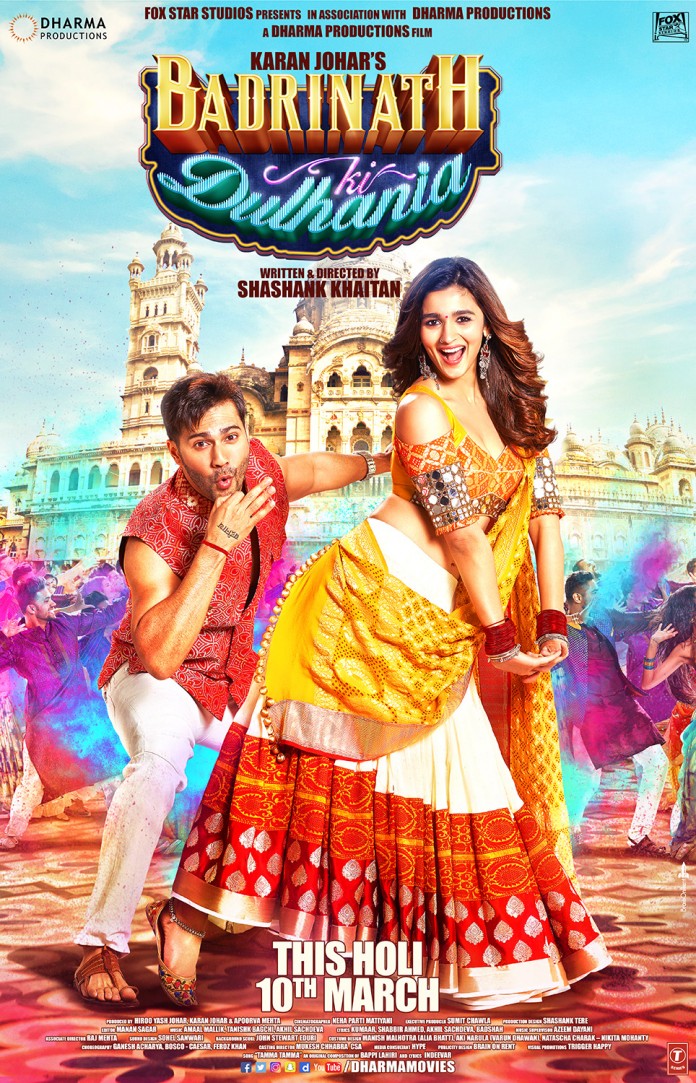 Bollywood heartthrobs Varun Dhawan aka Badrinath and Alia Bhatt aka Badri’s dulhania Vaidehi are here to bring a splash of colour and their desi ‘latkas and jhatkas’ to your holi!

Sung by ace vocalists Dev Negi, Neha Kakkar, Monali Thakur and Ikka on the tunes of music director Tanishk Bagchi, the track has been penned by Shabbir Ahmed.

Alia Bhatt is a complete livewire in the track, sporting a yellow lehenga and pink ensemble, whilst Varun Dhawan flaunts his abs in a shirtless avatar.

Title track out now! Watch below:

Dancing to choreographer Ganesh Acharya’s steps the actors are giving us some major festive goals.

The lead duo reunite after their successful pairing in Student of the Year and Humpty Sharma ki Dulhania which was much loved by the audience.

Badrinath Ki Dulhania is a story of Badrinath Bansal from Jhansi and Vaidehi Trivedi from Kota and what happens when the two of them meet.

Even though they both belong to small towns, their mind set about gender roles in society and about life in general are diametrically opposite. 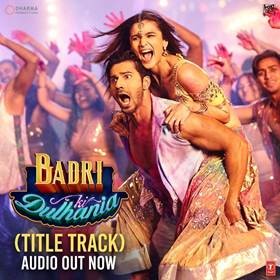 This leads to a clash of ideologies, despite both of them recognizing the goodness in each other.

Answers to these and many more such questions make for an interesting journey of love, laughter, emotions and madness called Badrinath Ki Dulhania.

Join Badri in his search for his perfect dulhania in Badrinath ki Dulhania, out in cinemas in 10th March 2017.

Badrinath ki Dulhania is the holi movie of the year and is produced by Karan Johar and Fox Star Studios.