Ajinkya Rahane helped India reach a respectable total with a serenely compiled 103 in adverse conditions at the Home of Cricket on the first day. He exhibited elegant stroke-play and put up a valiant effort to take India to 275/9 before walking back to the pavilion. Rahane’s timely knock and some gritty performances by the tail-enders took India to 290/9 at stumps with Mohammed Shami (14*) and Ishant Sharma (12*) at the crease.


Patience was the key to batting at Lord’s with the James Anderson-led England attack exploiting the bowling friendly conditions to strike at regular intervals. Cheteshwar Pujara, Rahane and Bhuvneshwar Kumar displayed just that as they kept the Indian innings on track.

Asked to bat, the visitors lost both openers in the first session on a fast bowler’s paradise. Post Lunch, Anderson who had given England a breakthrough upfront with the wicket of Shikhar Dhawan in the morning also accounted for Virat Kohli early in the afternoon session. Later, Pujara lost his middle stump to Ben Stokes while Stuart Broad claimed MS Dhoni and Moeen Ali sent back Ravindra Jadeja tipping the balance in England’s favour.


But Rahane, batting with the lower-order seized the momentum from the hosts and kept the Indian innings from faltering.


Earlier, after Alastair Cook won the toss and elected to field, the England seamers exploited the conditions to put the batsmen under pressure. Bowling on a green wicket that offered swing and bounce, Anderson was at his lethal best. He bowled a maiden in his very first over of the match and followed it up with yet another; this time though with a wicket to his name.

Dhawan looked tentative during his short stay at the wicket, and his misery ended after Anderson got him to nick one to third slip. The scoreboard read 11/1 as Cheteshwar Pujara made his way to the crease.

With Anderson and Broad extracting movement under bowling friendly conditions, the Indian batsmen needed to play judiciously and consolidate their position. Tested by the conditions, Vijay and Pujara displayed patience, and played according to the merit of the ball. The pair collected the odd boundary as they toiled to see India through the difficult period.

However, Vijay’s resistance was ended by Plunkett as the opening batsman got a thick edge trying to work the delivery down the leg side. The edge flew to third slip as Gary Ballance took his second catch of the morning. Pujara was then joined by Kohli who looked confident scoring at a breezy pace. But just before Lunch, India almost lost Kohli as he was dropped by Matt Prior off Moeen Ali. At Lunch, Pujara and Kohli had taken the visitors to 73/2.

Post lunch, Anderson took the edge off Kohli’s bat and Prior diving to his right caught the ball to send back the middle-order batsman for 25. It was then Ajinkya Rahane’s turn to join forces with Pujara in resisting the England attack.

The No.3 batsman had exercised restraint and dropped anchor while the bowlers pegged away. Pujara had grafted 28 off 117 until Stokes knocked back his middle-stump with a delivery that came in. Dhoni was the next prized scalp for the hosts. Bowling a probing line, Broad took an edge off the India captain’s bat and the wicketkeeper did the rest. Ali then claimed Jadeja lbw to leave India on 128 for six.

Stuart Binny then took guard opposite Rahane and the pair took India to 140/6 at Tea.

Once again it was Anderson who gave England the first breakthrough of the session. England’s bowling spearhead trapped Binny leg-before in the third over post Tea which brought Bhuvneshwar Kumar to the crease. The lower-order batsman played the perfect support role to Rahane in an effort to keep the Indian innings afloat.


Playing watchfully, the middle-order batsman reached his fifty with a boundary over extra-cover. Rotating the strike Bhuvneshwar Kumar kept the batsman company with yet another impressive performance with the bat.


With the partnership growing, Anderson and Broad were back into the attack armed with the new ball. Broad got through Bhuvneshwar’s defence; castling him for 36. The Rahane-Kumar pair had added 90 runs for the eighth wicket.


Rahane then continued to carry the innings forward with Shami. With his signature boundary through the covers he reached the three-figure mark in style at the historic venue. However, couple of balls later, Anderson took a smart reflex catch off his own bowling to send Rahane back to the pavilion. 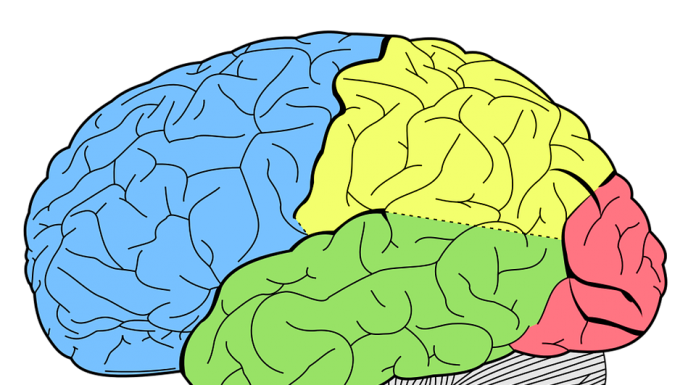 Wonder of Learning- The Science of Brain Training

Simple tips to posses a Drama-Free Tinder trio people should try all of them...

Behind the scenes, Harris surrogates comprise managing the put-downs honestly.