A former chief executive of a Welsh charity is facing allegations of fraud after taking almost £12,000 from the organisation to clear personal credit card debts.
Mr Naz Malik, ex-chief of All Wales Ethnic Minority Association (Awema), is also charged with using charity funds amounting to £3,500 for life assurance for his wife. 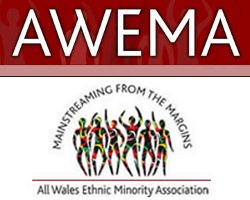 Awema charity, which used public money to support projects promoting equality and diversity across Wales, was disbanded in 2012. The public funding for the organisation was stopped after it faced allegations of financial mismanagement.
Swansea Crown Court heard that in March 2012 Mr Malik requested an advance from Awema’s finance director, Saquid Zia, to cover expenses. The request was eventually given approval from the board.
Then, using a blank cheque signed by the charity’s treasurer, Mr Malik paid £2,500 from the organisation’s account to reduce his personal credit card bills. 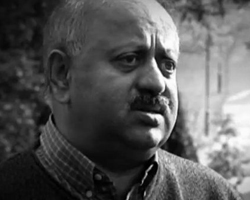 Mr Malik took a second signed cheque four months later from Mr Zia’s drawer in the finance director’s absence.
The cheque, made out to the sum of £9,340.36, was paid into Mr Malik’s account and covered the exact credit card bill which Mr Malik still owed.
Jim Davis, prosecutor, said: “While the defendant was running Awema, he defrauded the charity by drawing two cheques for £2,500 and £9,340 which he was not entitled to.
“He was acting dishonestly when he did that.
“The defendant was not authorised to use charity money to reduce his own credit card bill. He knew full-well he was not entitled to do so.”
Awema’s ex-chief also paid for a life assurance policy for his wife, Bronwen Malik, which he funded through the company’s bank account.
Through the life assurance policy Mrs Malik would receive a lump sum of £120,000 in the event of her husband’s death.
From early 2008 to early 2012 a total of more than £3,500 were paid in direct debit payments to the amount of £89.52 per month.
Mr Davis said that the monthly payments had been hidden under “insurance” in the company accounts.
“He was being dishonest and defrauding the charity.”
In his defence, Mr Malik claimed that both cheques were for expenses and that he was entitled to the life assurance policy due to a salary sacrifice arrangement he had made previously.
The ex-head has denied all three counts of fraud.
The trial is on-going.