Brit Asian MC back on the music scene 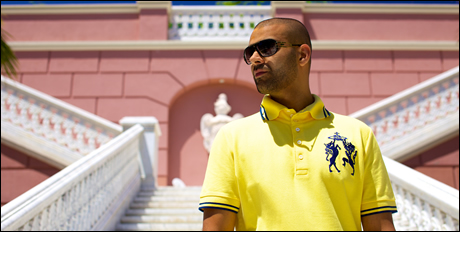 INTENSO is a name which will be familiar with some of the stalwarts of the British Asian music scene.
An MC who has worked with some of the industry’s finest, he came to prominence in the early 2000’s. After a career break, Intenso returns with his first slice of action in 2012 with the incredible single ‘Thenu Thakia’, releasing via Moviebox Records on 11th October.

‘Thenu Thakia’ is produced by Rishi Rich and features the Punjabi vocals of another artist who was a breakthrough act a decade ago.

Intenso explains: “Thenu Thakia is an exciting new release for me. I’ve taken my own sweet time in coming back to the music scene but it’s been well worth the wait. I’m making music which is current and with some of the biggest names around on the biggest Asian label, Moviebox. Rishi Rich has produced an amazing track here and I decided to collaborate with a singer who I worked with all those years ago. Bobby, or Bobby Akhiyan as he’s now known, is an immensely talented singer who’s vocals shine on ‘Thenu Thakia’ I hope everyone enjoys this song as much as I did making it.”

Back in 2001, Intenso broke into the Bhangra industry with the release of ‘Akhiyan Akhiyan’ with Punjabi singer Bobby, which went to number one on various Asian TV and radio networks. Staying true to his UK Garage roots, he was featured on the number one music album of 2001-2002 ‘Danger’, with an explosive blend of Garage & Bhangra fusion in the smash hit ‘Soni Soni Kuri Kuri.’

Intenso made a brief cameo return in 2007 featuring on the second album for Bhangra duo “Jinx” in 2007. ‘Tere Sadqay’ and ‘Palle Pyar’ were both featured on the follow-up album ‘Jus Jinx’.

Intenso creates a mellow fire and fusion on ‘Thenu Thakia’, blending his lyrical flow with the trademark Desi sounds of Rishi Rich and Punjabi chorus from Bobby. The trio combine to great effect, ensuring ‘Thenu Thakia’ is a song which Asian music lovers of all ages can connect with. The video is shot in incredible locations in Spain, bringing the laid back and smooth nature of the song to life on camera.


‘Thenu Thakia’ is out to buy from iTunes on 11th October.