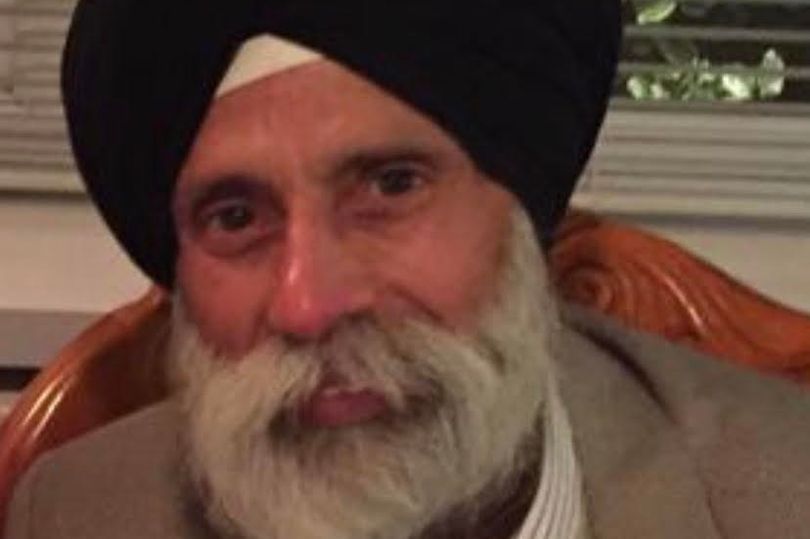 A kind-hearted ice cream man who was known to have a huge heart treated struggling families to free treats during his 50 years of business has passed away.

Kewal Singh Batth, 75-year-old would offer free ice cream to customers who could not afford.

He was even selling ice cream and volunteering with Walsall-based charity Midland Langar Seva Society just days before he died. The news of his death has left customers devastated after the grandad-of-five died in his sleep less than three weeks ago.

His heartbroken family have also vowed to continue the devout Sikh man’s legacy and they now plan to get his beloved ice cream van back on the road.

Daughter-in-Law Surb Batth said: “It’s a massive loss. He was just a caring, loving man. He never got annoyed, never raised his voice. He was very calm and peaceful.

“His legacy will continue, we will continue his line of work. We are just proud that we had him in our lives. He was such a loved man.

“We are struggling with the loss, I think even his neighbours are feeling it.” Mr Batth, from Hardo Pharala – a village in city Jalandhar, in the Indian state of Punjab – first started selling ice creams from his van in the early 70s.

He was well known throughout Walsall, where he spent most of his time selling treats, but he branched out to West Bromwich and Tipton following the Covid pandemic. The loving dad-of-two also dedicated a lot of his time helping out at gurdwaras as part of the Sikh concept of seva, meaning selfless service.

Surb, 45, said her father-in-law ‘played a massive part’ in people’s lives, including his customers and fellow Sikhs. The 45-year-old said: “People have said they did not have any money and he would just give them an ice cream.

“If they could not come out of their homes, he would go and knock their doors because he knew what their orders were. He would go the extra mile.

“He would stop and have a conversation, he would take that time out for people. He was so humble, he would never come home and tell us that he did that.

“From young people right to the elderly, he played a massive part in people’s lives. Ice cream vans would go past and customers would never have an ice cream, they had to have it from him.

“We did not realise how popular he was.” Mr Batth passed away peacefully in his sleep at his Tipton home on July 23, with medics later discovering he died of ischaemic heart disease.

A Go FundMe page has since been launched to raise cash for Midland Langar Seva Society in memory of Mr Batth, who was married to wife Nirmal Kaur for more than 50 years. The charity provides free food for the homeless and less fortunate across the region, as well as humanitarian relief and support abroad.

Midland Langar Seva Society posted a tribute on Facebook and said: “We, along with a lot of our local supporters, were devastated to hear about the passing of Mr Batth, a very well known, loved ice cream man in our hometown Walsall.

“Mr Batth had been selling ice cream since the 70s, and has been one of our regular volunteers at Midland Langar Seva Society for many years, bringing his ice cream van to our feeds. He was a man with a huge heart – we have very fond memories of Mr Batth from back in the 70’s, and he was known to give free ice cream to the children who could not afford one.

“He will be missed dearly by us all – may his soul rest in eternal peace.”