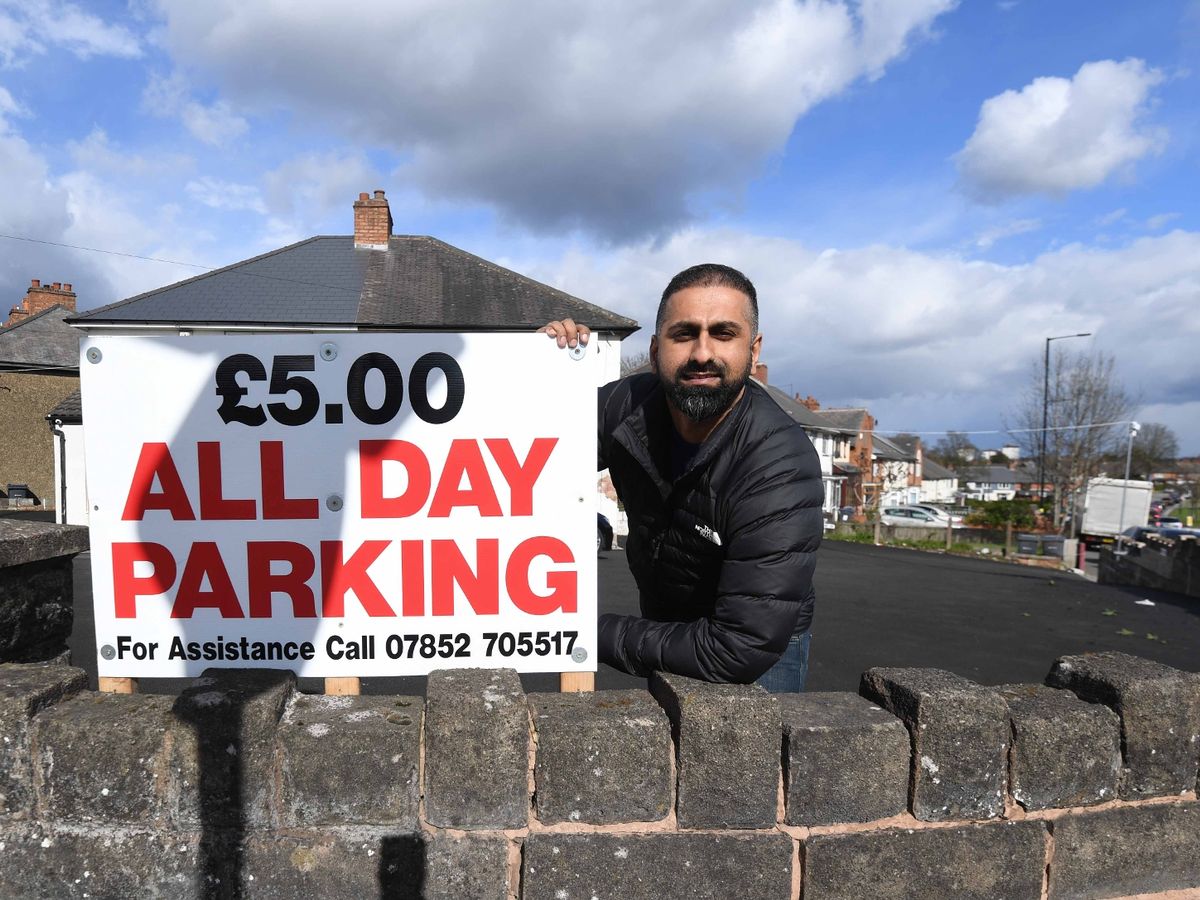 Locals have shown their support to a landlord who turned his driveway into a car park to help Heartlands Hospital workers and undercutting their parking fees.

Akeel Ahmed, 33, spent around £20,000 turning the land outside his house opposite Heartlands Hospital, in Bordesley Green, into a car park for up to 20 vehicles.

The dad-of-three also has his eyes on the school run market with £2 offers for drop-off and pick-up slots at the start and end of weekdays.

Akeel had the idea last October when a driver visiting the hospital asked if he could park on his drive, at the junction of Alston Road and Bordesley Green East, and handed him £5 “for his trouble”.

He said his main customers were nurses and some had split the cost of a space with a colleague, so it cost them just £2.50-a-day.

Readers took to Facebook to lend their support to the scheme which they said would help workers in these cash-strapped times. Sandie Smith said: “Very enterprising and what a good option especially for parents.”

Rachael Buckler wrote: “This is a great idea and for me being a student nurse the parking cost at heartland is too much so I will definitely be parking her when I go over to the hospital to work! Wish I’d known about this soon.”

Michelle Diamond posted: “Great idea If he has the room why not so many people do it near the NEC and airport. I say good on him for the idea.”

Waqar Kiyani said: “Brilliant little investment utilising his driveway in this manner and at the same time cutting costs for the staff. Good entrepreneurship that doesn’t just benefit him. Well done Akeel.”

Suzanne Jones wrote: The school runs used to be bad for me. I would leave 50 mins before the school opened in Castle Bromwich just so I could park near the school. I always used to think that I’d pay someone a weekly fee for me to park on their drive all day.

“I’d drop the kids off, then run and get a bus to get me in to work for 9.30am. So stressful in the mornings before your working day has started. So such a good idea and very helpful to all.”