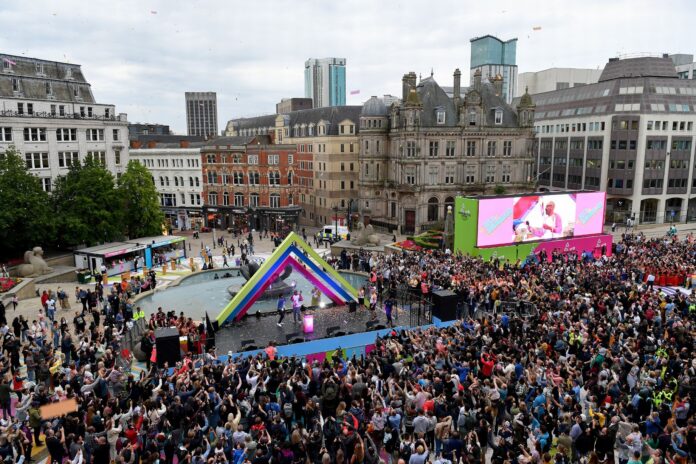 With years of planning, the city will be hosting 12 days of sport, entertainment, and excitement.

People were left in excitement, tears at the opening ceremony dress rehearsal and more of the same is expected tonight at Alexander Stadium for the official opening ceremony.

The games will have thousands of people attending and will making this a once in a lifetime event to make the Birmingham 2022 Commonwealth Games the best Games on record.

Backed by £778 million of public funding, including £594 million from central government, Birmingham 2022 is the most significant investment in a major sporting event since the London 2012 Olympic and Paralympic Games.

Among the baton bearers – many of whom were selected for their services to the community – was iconic Dudley-born comedian Lenny Henry. The TV and stage legend carried the baton into in Victoria Square as the baton concluded its city centre run, before heading to Alexander Stadium. 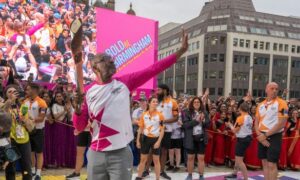 “We got to get it right Birmingham, are we going to get it right?” he said to the massive crowd. “I think Birmingham rocks! I’ve been inspired by all the stories of the people who have had the baton.

“This is such a brilliant thing – to actually be allowed to carry the Queen’s Baton. The Queen literally has a message in this thing, it’s amazing.”

Arriving to the ceremony today, will be The Prince of Wales – accompanied by The Duchess of Cornwall – to represent the Royal Family and officially open the Games in front of over 30,000 spectators.

Prime Minister Boris Johnson said: “The UK rightly has an outstanding reputation for hosting major sporting events, and the Commonwealth Games in Birmingham will be another fantastic opportunity to showcase the best of Britain on a global stage.

“Not only will we be celebrating sporting success, we will also be strengthening the crucial ties between our 72 nations and territories – bringing businesses and governments from across the world together to encourage trade and boost economic growth that will leave a lasting legacy for years to come.

“Good luck to all the athletes competing – let the Games begin!”

Birmingham 2022 chief executive Ian Reid said: “Over the coming days, all eyes will be on Birmingham and the West Midlands, as we host the 22nd Commonwealth Games. After many years of hard work, I am delighted to say that we are ready and are looking forward to welcoming athletes and spectators from around the world to the region.

“These Games will play host to the largest sporting programme of any Commonwealth Games and for the first time will see more medals awarded to women than men. Over the coming two weeks, we will be able to showcase the very best that we have to offer. Now is the time to celebrate our city and region. This is our moment.”

History will be made in various ways with Birmingham 2022 aiming to be the most sustainable Games on record. This year’s edition of the Games also boasts the biggest para-sport programme in Commonwealth Games history and more medals for women than men for the first time at a major multi-sport event.